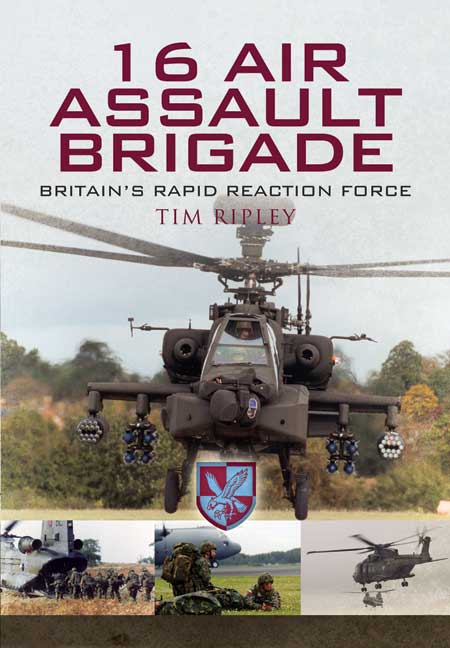 Click here for help on how to download our eBooks
Add to Basket
Add to Wishlist
You'll be £4.99 closer to your next £10.00 credit when you purchase 16 Air Assault Brigade. What's this?
Need a currency converter? Check XE.com for live rates

After the SAS, 16 Brigade is the most high profile formation in the British Army but to date there has been no complete history of its operations and activities. The aim of this book is to produce a history of Britain's Elite Rapid Reaction Force 16 Air Assault Brigade. It will provide a historical narrative of 16 Brigade's operations since its formation in 1999. It explain's the innovative tactics and operational procedures used by to move by air into battle. It covers military hardware, the Brigade has some of the UK's most advanced weapon system, including Apache attack helicopters. It will include the elite combat units including the Parachute Regiment and Pathfinders. Key personalities from the Brigade will be examined together with a comprehensive anayisis of how the Brigade has performed and how it is likely to evolve in coming years. The Brigade is due to return to Afghanistan in 2008 so it's public profile will remain high.