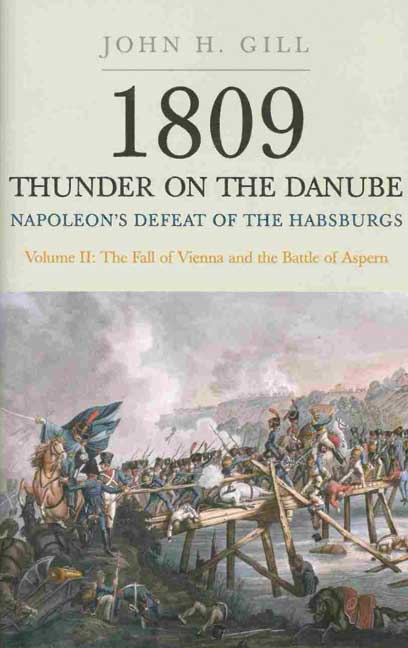 Napoleon's Defeat of the Habsburgs, Vol. II: The Fall of Vienna and the Battle of Aspern

Add to Basket
Add to Wishlist
You'll be £13.59 closer to your next £10.00 credit when you purchase 1809 Thunder on the Danube. What's this?
+£4.50 UK Delivery or free UK delivery if order is over £35
(click here for international delivery rates)

This volume begins with Napoleon astride the Danube at Regensburg. He faced a critical strategic choice – whether to pursue the injured Austrian main army into Bohemia or march directly for Vienna, the seat of Habsburg power.

After electing to target Vienna, his troops defeated the Austrians in the brutal Battle of Ebelsberg, allowing him to enter the city on May 13th. However on the far side of the Danube, he then suffered a dramatic loss at the gruelling, two-day Battle of Aspern. While his Danube forces recovered from this setback, the Emperor cleared trouble from his strategic flanks.