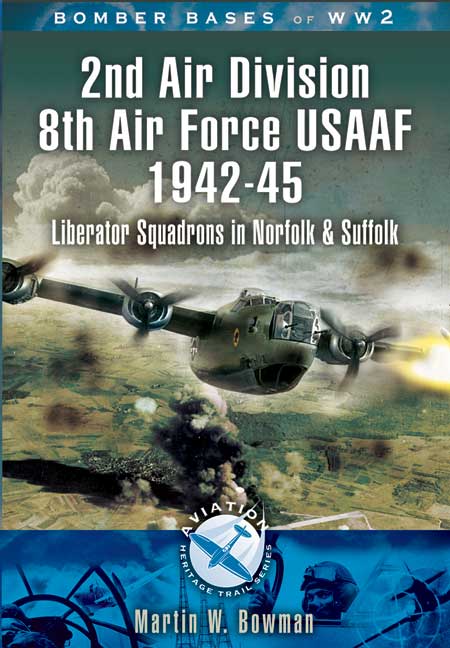 Liberator Squadrons in Norfolk and Suffolk

Click here for help on how to download our eBooks
Add to Basket
Add to Wishlist
You'll be £4.99 closer to your next £10.00 credit when you purchase 2nd Air Division 8th Air Force USAAF 1942-45. What's this?
Need a currency converter? Check XE.com for live rates

As part of the AHT series, the airfields and interest in this book are concentrated in a particular area - in this case Norfolk and Suffolk.
The Second Air Division's first bombing mission was flown on November 7, 1942; the last on April 25, 1945. A total of 95, 948 sorties were flown in 493 operational missions by the division's B-24s, dropping 199,883 tons of bombs. Targets attacked ranged from Norway in the north, as far east as Poland and Romania, while several Mediterranean countries were reached from temporary bases in North Africa. Six 2nd Air Division groups received special presidential citations for outstanding actions and five airmen received the Medal of Honor (highest US award for bravery), four posthumously. In combat the 2nd Air Division gunners claimed 1,079 enemy fighters destroyed against losses of 1,458 B-24s missing in action and many others lost in accidents. This book looks at the history and personalities associated with each base, what remains today and explores the favourite local wartime haunts where aircrew and ground crew would go.