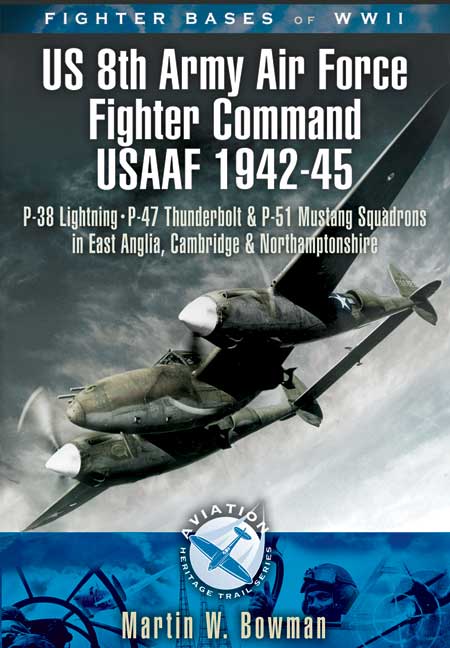 Click here for help on how to download our eBooks
Add to Basket
Add to Wishlist
You'll be £4.99 closer to your next £10.00 credit when you purchase 8th Army Air Force Fighter Command USAAF 1943-45. What's this?
Need a currency converter? Check XE.com for live rates

This book covers the bases used during the Second World War by the American fighter units that flew in support of the 8th Air Force's heavy bomber forces.

The long-range Lightnings, Thunderbolts and Mustangs escorted the Mighty Eighth's Flying Fortresses and Liberators on their deep penetration raids into occupied Europe and Germany. Fighter cover was vital, since the USAAF flew daylight raids and in the early months the number of US aircraft lost to the defending Luftwuffe fighters was unacceptably high.