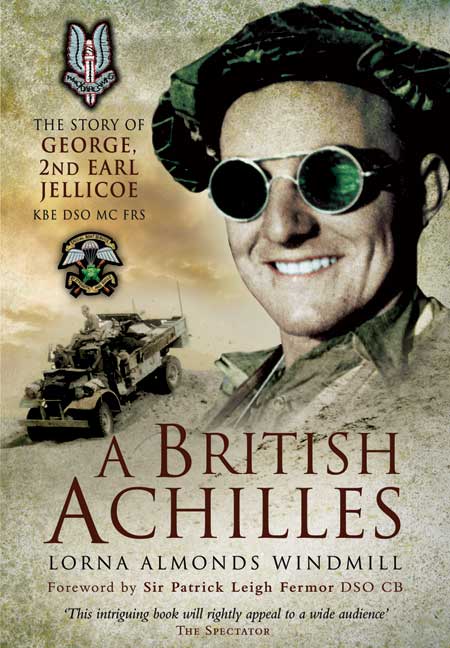 Click here for help on how to download our eBooks
Add to Basket
Add to Wishlist
You'll be £4.99 closer to your next £10.00 credit when you purchase A British Achilles. What's this?
Need a currency converter? Check XE.com for live rates

Son of the victor of Jutland, George Jellicoe has enjoyed power and privilege but never shirked his duty. His war exploits are legendary and, as a founder member of Stirling's SAS and first Commander of the Special Boat Service, he saw action a-plenty. A brigadier at 26 with a DSO and MC he liberated Athens as the Germans withdrew and saved Greece from a Communist revolution.

After the war Jellicoe joined the Foreign Office and worked with spies Burgess, Philby and Maclean in Washington and on the Soviet Desk. His political life saw him in the Cabinet of the Heath Government and he is frank with his biographer over the issues and characters of his fellow ministers.

Jellicoe's Achilles heel is his weakness for, and attraction to, women. His resignation over an involvement with a prostitute was a national scandal but he is refreshingly honest and devoid of self-justification. He remained an active member of the Lords pursuing a top level business career.

A British Achilles is a superb biography of a major public figure and exemplary wartime soldier.