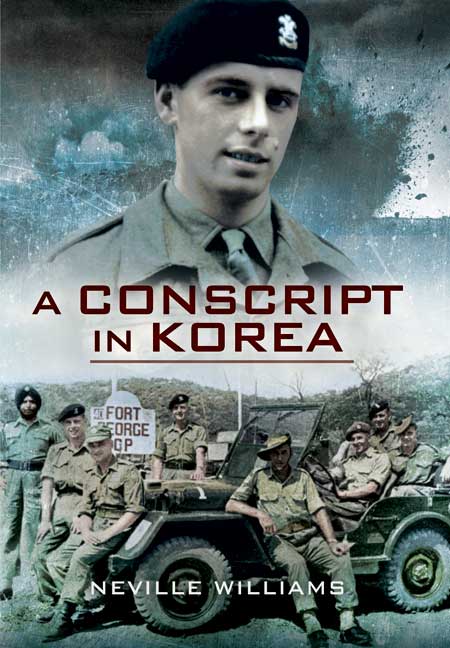 A Conscript In Korea (Kindle)

Click here for help on how to download our eBooks
Add to Basket
Add to Wishlist
You'll be £4.99 closer to your next £10.00 credit when you purchase A Conscript In Korea. What's this?
Need a currency converter? Check XE.com for live rates

This remarkable story begins with as a young National Serviceman in 1951, the author walked through the gates at the Welch Brigade Training Centre, Brecon, and ends when he walked back into Civvy Street in 1953. Between these dates he went through many life-changing experiences, in particular the twelve months he spent with the 1st Battle Welch Regiment in Korea.

He tells his story of this almost forgotten war in graphic detail. Temperatures could drop to -45 with biting Siberian snow-laden winds. In the spring came the monsoons followed by a humid mosquito-laden period.

The Welch Regiment at that time were part of the Commonwealth Division which allied to the American and Korean ROK armies were tasked with holding a line north of the 38th Parallel whilst politicians tried to broker a deal. The Chinese were well dug in and were a resourceful determined enemy, never missing a chance to edge forward even if it meant serious casualties. Artillery exchanges were often fierce and information and fighting patrols often clashed.

As a lance corporal infantry signaller, the author was involved at all levels of operational and company activity and he gives the reader a real insight into the events and circumstances of war and the thoughts of a young man caught up in a desperate and dangerous conflict.

The tenacity and spirit of young National Servicemen and their Regular partners, shines through as they face life-threatening and exhausting situations and conditions.


Interview with Neville Williams conducted by Tom Garner as featured by

Like everyone else in the 1940's and 50's the author - Neville Williams was called up for his National Service. In his case, he was deferred until he completed his apprenticeship, so had the advantage of those extra years of maturity which benefitted him when he was called up to serve with the Welch Regiment for two years. Half of his time was spent fighting in Korea which was very much a conscript's war. There are very few accounts from the other rank National Serviceman and in this excellent book Neville Williams describes his entire service but, most valuably, captures the atmosphere of this almost forgotten conflict in which he served as an infantry signaller. He certainly deserved those two medals.