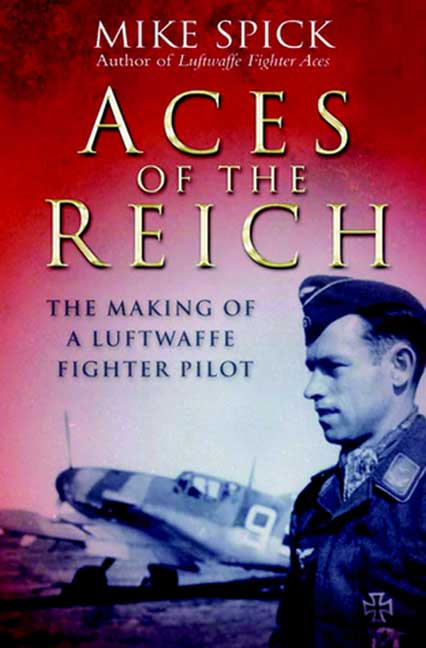 Aces of the Reich (Kindle)

The Making of A Luftwaffe Fighter Pilot

Click here for help on how to download our eBooks
Add to Basket
Add to Wishlist
You'll be £4.99 closer to your next £10.00 credit when you purchase Aces of the Reich. What's this?
Need a currency converter? Check XE.com for live rates

In 1939, the Luftwaffe was arguably the world's best-equipped and best-trained air force. Its fighters were second to none, and their pilots had a tactical system superior to any other in the world. In campaigns over Poland, Norway, the Low Countries and France, they carried all before them. Only in the summer of 1940 did they fail by a narrow margin in achieving air superiority over England. In the West, with a mere holding force, they maintained an enviable kill-loss ratio against the RAF, while elsewhere they swept through the Balkans, then decimated the numerically formidable Soviet Air Force. Their top scorers set marks in air combat that have never been surpassed.

Yet within three years – despite the introduction of the jet Me 262, the world's most advanced fighter – the Luftwaffe fighter arm had been totally defeated. How did this happen? Air-warfare historian Mike Spick explores this question in depth in this incisive and compelling study of World War II's most fearsome air force.

An interesting read, providing more context than is often the case in an 'aces' type of book, but not as dry as some formal histories of the Luftwaffe.

Spick's work explores one of the interesting questions of World War II: why did the Jagdwaffe, the most efficient, best-trained and most technically advanced air force in the world in 1939 endure a bewildering defeat within three short years. Spick comes up with some interesting theories to do with the influence of the cult of Manfred Von Richtofen (the Red Baron).

When a noted military aviation writer like Mike Spick produces a book on the evergreen topic of the Third Reich's war machine, one is guaranteed to be able to buy a winner. And so it is with this praiseworthy book. The book is especially interesting in that rather than being a biographical dictionary, it is more an account of the evolving fighter tactics and the fortunes of war.

Spick's conclusions are controversial, but in reading this fascinating book, you'll gain tremendous insight into some of the best fighter pilots the world has ever known, as well as the Luftwaffe's rise and fall.