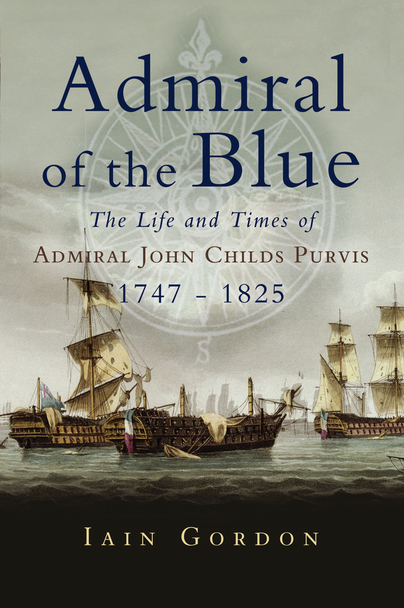 Admiral of the Blue (Kindle)

Click here for help on how to download our eBooks
Add to Basket
Add to Wishlist
You'll be £4.99 closer to your next £10.00 credit when you purchase Admiral of the Blue. What's this?
Need a currency converter? Check XE.com for live rates

Admiral John Child Purvis was a contemporary naval officer of Nelson, who never disobeyed an order and did his job well. His ability as a fighting commander was proved in a bloody duel between his sloop-of-war and a French corvette during the War of American Independence. As a battleship Captain, he was the first British officer to confront Napoleon Bonaparte, muzzle to muzzle, during the Siege of Toulon. Commanding the Princess Royal and then the London, he was involved in much action in the Mediterranean and served under the legendary Sir John Jervis (later Lord St. Vincent). Later, as a Flag Officer, he rejoined the Mediterranean Fleet first as second-in-command and then as Commander-in-Chief. The culmination of his long and distinguished career at sea was saving the Spanish fleet in Cadiz from capture by the French and preparing the city for siege.