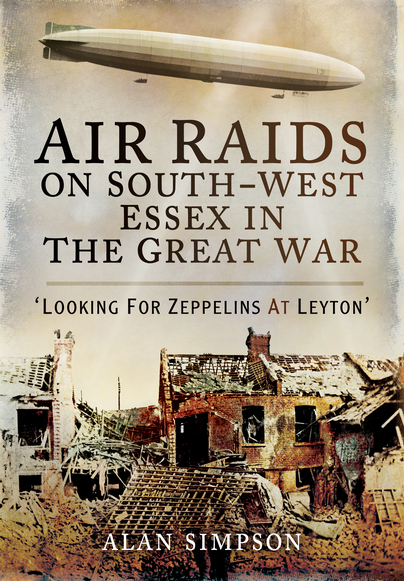 Looking for Zeppelins at Leyton

Click here for help on how to download our eBooks
Add to Basket
Add to Wishlist
You'll be £4.99 closer to your next £10.00 credit when you purchase Air Raids on South West Essex in the Great War. What's this?
Need a currency converter? Check XE.com for live rates

A quarter of a century before the Blitz of 1940, the inhabitants of south-west Essex were terrorized by an earlier aerial menace. Over the course of four years, German Zeppelins, Gothas and Giants flew above their homes, unleashing hundreds of highly explosive and incendiary bombs on London. During three of these raids, bombs were dropped on Leyton and many others landed elsewhere in south-west Essex. These early air raids are now largely forgotten in local memory, but for the inhabitants of the time the attacks were unprecedented, unexpected and lethal.

In the years since the Great War a great deal of literature has been published on London's first air raids and about the defence network that evolved around the metropolis, but what happened in the capital's eastern suburbs and the nearby Essex countryside has received less coverage. This meticulously researched and insightful book attempts to put that right, looking at the area which, in 1914, was part of south-west Essex, but now comprises the London boroughs of Waltham Forest, Redbridge, Havering, Newham, and Barking and Dagenham.

Focussing in particular on Leyton and Ilford, this is the first book to ever examine what happened before and after the raiders reached and bombarded the capital. The author has included a wide range of contemporary letters, diaries and newspaper reports from local sources, plus several previously unseen photographs. To set the story in its wider context, the book also contains a wealth of information about the defence of the London area generally and vivid reports from combatants on both sides.

This is a useful snapshot of the 'first blitz', looking at both the war in the air and the impact on the ground.

This meticulously researched and insightful work looks at the air raids by Zeppelins and airplanes which brought death and destruction to south-west Essex. The author focuses mainly on Leyton and Ilford areas and examines what happened before and after the raiders reached and bombarded the nation's capital. Using a wide range of contemporary letters, diaries and newspaper reports he tells the story of what happened in vivid detail.

As a result of the London Government Act in 1965 the boundaries of Essex and Greater London were redrawn, and Alan Simpson’s first job in this excellent book is to define the ‘South West Essex’ of 1914 with reference to the modern London boroughs of Newham, Redbridge, Waltham Forest, Havering, and Barking & Dagenham.

To understand the significance of this area, take a map of northern Europe and turn it 90º clockwise: it becomes immediately apparent that the direct aerial route from German-occupied Belgium to southern England is straight up to the distinctive form of the Thames estuary and the Essex coastline. German Zeppelins and, later, the Gothas and Giants, were able to use the rivers and railways of Essex to find their way inland towards London and the industrial centres of the Midlands. The primitive navigational aids of the time were insufficient to provide the accuracy for the bombing of specific targets, and so the towns of south west Essex bore the brunt of almost random bombing throughout the war.

This book is not only meticulously researched but is also very well written. Simpson has a wealth of knowledge about his subject and he uses substantial contemporary records and reports to form a comprehensive narrative of the ‘first Blitz’, although he wisely acknowledges that London and the air war has been widely covered by others. He follows a thematic approach: the first chapters cover the pre-war attitudes to the threat of raiders in the sky, and the technological achievements of the Zeppelin airship as the ‘premier long-range assault aircraft'.

This is followed by a comprehensive analysis of the British military – and naval – response and the evolution of the air defence system. The Royal Flying Corps had been despatched to France at the outbreak of war and so the Royal Navy supplied both aircraft and guns for the defence of the capital in the early months of the conflict. It took some time to evolve an integrated system for communications and coordination of early warning observation posts, searchlights, anti-aircraft guns and aircraft. The open spaces of Wanstead, West Ham Park and Epping Forest were taken over for gun and light emplacements, and the fields and farmland of Hainault, Suttons Farm, Fairlop and North Weald became important landing grounds and airfields.

The civil response reflected the same uncertainty experienced by the military. Local authorities were undecided over the provision of air raid shelters or even whether or not to use air raid warnings: often the first notification of an attack was the sound of the local anti-aircraft guns going off and ornaments falling off the mantelpiece. For many, an air raid was an entertainment, and people would watch the searchlights and flares from their windows or even in the street. The risk from falling shrapnel and even unexploded anti-aircraft shells was high, resulting in significant damage and several casualties.

Simpson sensibly selects only a handful of air raids for detailed analysis, from June and August 1915 and another from September 1916. He is able to correlate the big picture of the Zeppelins flying over Essex and the military response, with the fine detail of the letters and stories of those below, hiding in their cellars and under tables, listening to the cacophony of guns and bombs, and emerging to find houses and streets destroyed. The progress and experience of a raid from Chelmsford, to Leyton, to Stratford, and then back out again is very well conveyed.

By mid-1916 the immense efforts in organising and integrating the air defences began to pay off and the seemingly invincible Zeppelins showed their fatal susceptibility to the new incendiary bullets, with the destruction of SL11, L31 and L32 all in a matter of weeks in September. The searchlights and anti-aircraft guns not only served as a major deterrent against the Zeppelins, but also provide a much-needed psychological boost to the population.

But in 1917 the Zeppelins were replaced by a new threat, from the Gotha bomber aeroplanes. Two daylight raids, in May and July, hit Barking, East Ham, Stratford and Tower Hamlets and the City of London, and caused sensation. The enemy aircraft could be seen from a wide area in Essex and London, and there were cries for reprisals against the German towns and cities. Although not particularly visible with these two raids, the air defences proved a deterrent. Subsequent raids took place under the cover of darkness, striking at London and the Docks in the East End.

The final air raid of the war was on 19th May 1918. Thirty eight Gothas and Giants attacked London, with bombs falling on Walthamstow, Plaistow, East Ham and Canning Town. The Germans lost six aircraft. Simpson summarizes the campaign with some interesting statistics: between 1915 and 1918 there were fifty-four Zeppelin raids on Britain and only nine of these actually reached London. There were twenty-seven Gotha and Giant raids, of which seventeen reached the capital. But the impact of these raids on the civilian authorities was profound: the Air Raid Precautions (ARP) organisation, so closely associated with the Second World War, was actually formed in 1924, and air raid shelters were being constructed in many areas in 1938.

This is an excellent book and has a broad appeal to both the military aviation and the Great War historian, and to those interested in the local histories of the north east London boroughs and the Essex area. The book ranges from strategic considerations of balancing the demands of home defence against massive needs of the army in France, to the details of anti-aircraft barrage lines and telephone communications, to Class I at Harrow Green Boys’ School having their lessons suspended so that they could visit a grounded army aeroplane on Wanstead Flats. There are many photographs and postcards to illustrate the narrative, mostly from the author’s own comprehensive collection. Simpson has produced a valuable account of the impact of the ‘first Blitz’ in south west Essex. 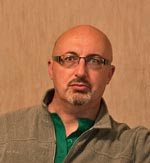 Alan Simpson has lived most of his life near the border between Essex and London. He developed an interest in local history while at school and studied history at university. After working for many years in the Civil Service, he now works at the Royal College of Surgeons in London. A keen photographer and deltiologist, and a member of the Leyton & Leytonstone Historical Society and the Ilford Historical Society, this is Alan’s third book about the history of ‘metropolitan Essex.