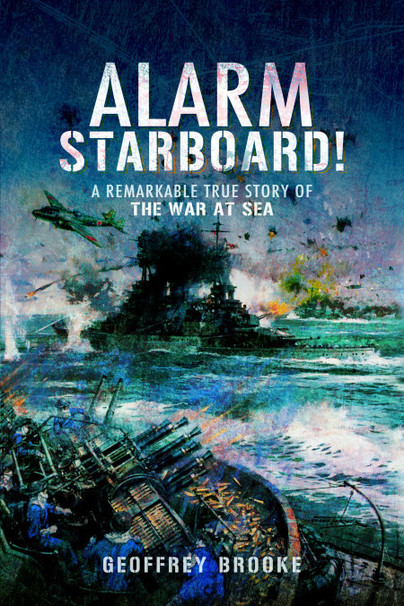 A Remarkable True Story of the War at Sea

Add to Basket
Add to Wishlist
You'll be £14.99 closer to your next £10.00 credit when you purchase Alarm Starboard!. What's this?
+£4.50 UK Delivery or free UK delivery if order is over £35
(click here for international delivery rates)

The Author's naval war experiences make the most exciting reading. After being mined on the battleship Nelson in 1939, he served on the Prince of Wales, during the Bismarck action, witnessing the sinking of the Hood and Churchill and Roosevelt's historic meeting. He survived the disastrous sinking by Japanese dive-bombing in December 1941 but within two days of reaching Singapore, the Island fell. Evacuated in a coastal steamer, only to be sunk the next morning, he was stranded on a deserted island for a week before setting out for Ceylon in a native boat. His epic journey covered 1660 miles and took 37 days. Thereafter his adventures continued, with the North African landings, Russian convoys and, returning to the Far East, he was in the carrier Formidable when she was hit twice by Japanese Kamikazes before VJ Day August 1945.

This fine book is much more than a mere catalogue of a naval officer’s experiences of war because it also includes his pre-war career, family life,sporting interests and life at sea. All-in all an excellent read and very highly recommended.