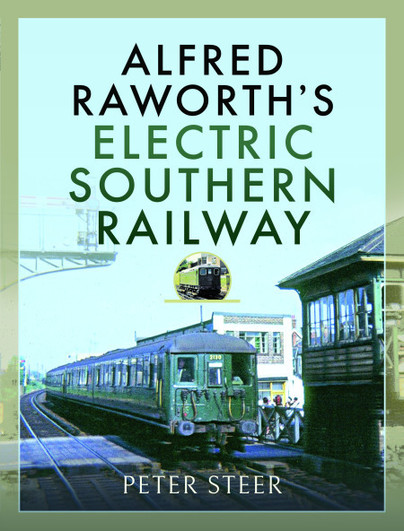 Click here for help on how to download our eBooks
Add to Basket
Add to Wishlist
You'll be £19.99 closer to your next £10.00 credit when you purchase Alfred Raworth's Electric Southern Railway. What's this?
Need a currency converter? Check XE.com for live rates

"This is a beautifully produced large-format
hardback book which describes the life and
work of Alfred Raworth."

"Produced to Pen & Sword’s usual high standards, this must be one of the most important books on the history on any of the ‘Big Four’ companies published in recent years, and is highly recommended."