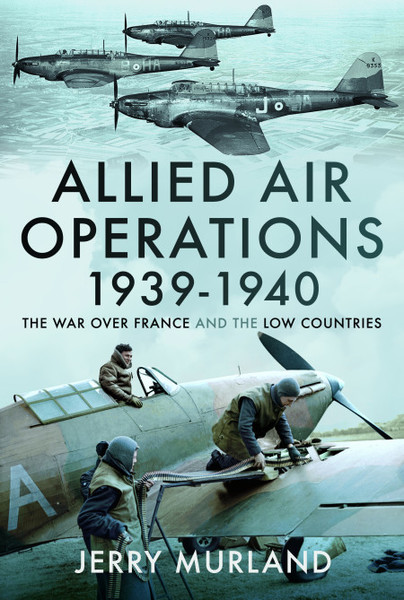 The War Over France and the Low Countries

Click here for help on how to download our eBooks
Add to Basket
Add to Wishlist
You'll be £8.99 closer to your next £10.00 credit when you purchase Allied Air Operations 1939–1940. What's this?
Need a currency converter? Check XE.com for live rates

While much has been written about the Battle of Britain, the air war over France and the Low Countries from September 1939 to June 1940 has been largely neglected – until now. As expert aviation author Jerry Murland reveals in this fascinating book, there may have been little ground action until May 1940 but the war in the air was far from ‘phoney’.

In contrast to their adversaries, the Allied air forces on the mainland of Europe were poorly equipped, regardless of increased development from 1934 onwards. But in spite of this, when the German invasion began, the Low Countries of Holland and Belgium fought back tenaciously. While development of the Spitfire, Blenheim and Wellington was continuing at a pace, the RAF with only four squadrons of Hurricanes among a force of outdated bi-planes, was a little more prepared than the French, but still woefully outgunned by the Luftwaffe.

While the Allied air forces of Britain, France and the Low Countries may have been inferior, the gallantry and tenacity of their pilots makes for inspiring reading.

This is a work that will enthral and inform all those interested in the history of the Second World War, particularly aviation enthusiasts.