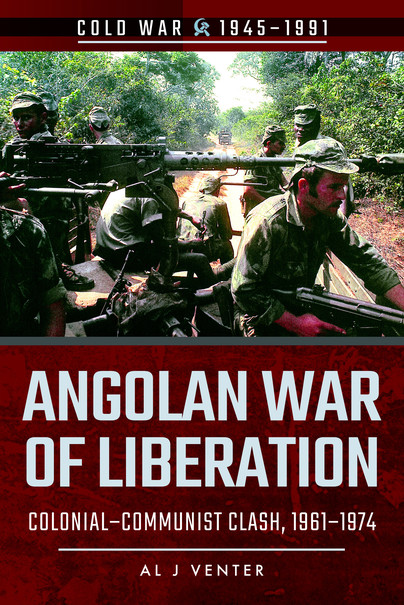 Click here for help on how to download our eBooks
Add to Basket
Add to Wishlist
You'll be £4.99 closer to your next £10.00 credit when you purchase Angolan War of Liberation. What's this?
Need a currency converter? Check XE.com for live rates

When a large group of rebels invaded Angola from a recently independent Congo in 1961, it heralded the opening shots in another African war of independence. Between 1961 and 1974, Portugal faced the extremely ambitious task of conducting three simultaneous counterinsurgency campaigns to preserve its hegemony of Angola, Portuguese Guinea and Mozambique. While other European states were falling over themselves in granting independence to their African possessions, Portugal chose to stay and fight despite the odds against success.

That it did so successfully for thirteen years in a distant multi-fronted war remains a remarkable achievement, particularly for a nation of such modest resources. For example, in Angola the Portuguese had a tiny air force of possibly a dozen transport planes, a squadron or two of F-86s and perhaps twenty helicopters: and that in a remote African country twice the size of Texas. Portugal proved that such a war can be won. In Angola victory was complete.

However, the political leadership proved weak and irresolute, and this encouraged communist elements within the military to stage a coup in April 1974 and lead a capitulation to the insurgent movements, squandering the hard-won military and social gains and abandoning Portugal’s African citizens to generations of civil war and destitution.

The book is well supported with black and white photographs and maps with eight pages of colour photographs which are extremely useful to the model maker and wargamer. Overall this is an extremely useful book for anyone who is interested in the wider cold war and specifically the proxy war between the superpowers which raged for nearly half a century much of which was fought across the African Continent.

The Book described is really interesting, each chapter describes well a series of aspects of the war. Particularly interesting I found the one on the Commandos that were created also thanks to the help of an Italian, Dante Cesare Vacchi.
Venter wrote a book that describes well and with great competence a little-known war.

This isn't a huge book, but it gets through all the events and features plenty of illustrations.