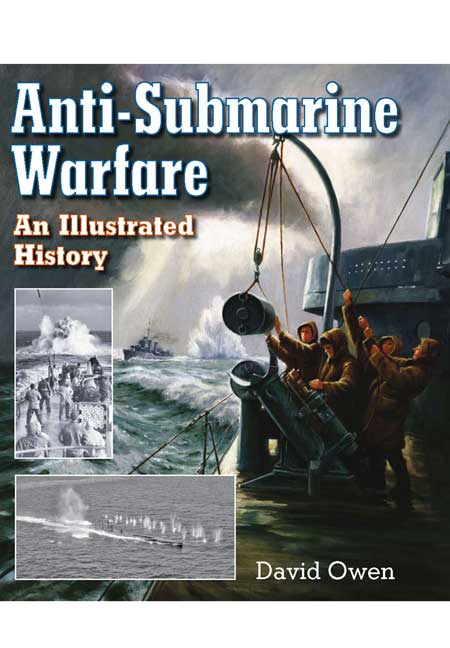 Click here for help on how to download our eBooks
Add to Basket
Add to Wishlist
You'll be £10.00 closer to your next £10.00 credit when you purchase Anti-Submarine Warfare. What's this?
Need a currency converter? Check XE.com for live rates

The submarine was undoubtedly the most potent purely naval weapon of the twentieth century. In two world wars, enemy underwater campaigns were very nearly successful in thwarting Allied hopes of victory - indeed, annihilation of Japanese shipping by US Navy submarines is an indicator of what might have been. That the submarine was usually defeated is a hugely important story in naval history, yet this is the first book to treat the subject as a whole in a readable and accessible manner. It concerns individual heroism and devotion to duty, but also ingenuity, technical advances and originality of tactical thought. What developed was an endless battle between forces above and below the surface, where a successful innovation by one side eventually produces a counter-measure by the other in a lethal struggle for supremacy. Development was not a straight line: wrong ideas and assumptions led to defeat and disaster.

Iconography (with dozens of photographs and often large-format diagrams), a vast bibliography and a complete and documented general approach make this volume a work of great quality and of great interest for all enthusiasts and scholars of this very interesting subject.

The modeller will not only find the text engaging but there is a superb collection of photographs and illustrations which of course include submarines, corvettes and destroyers. Subjects which the modeller increasingly appreciates. Highly recommended.

An interesting book and well recommended