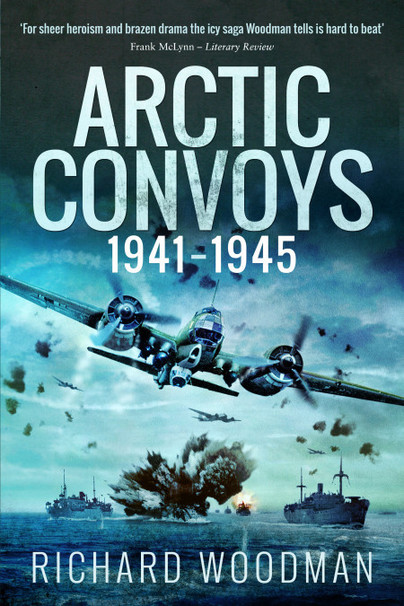 Click here for help on how to download our eBooks
Add to Basket
Add to Wishlist
You'll be £4.99 closer to your next £10.00 credit when you purchase Arctic Convoys 1941-1945. What's this?
Need a currency converter? Check XE.com for live rates

During the last four years of the Second World War, the Western Allies secured Russian defences against Germany by supplying vital food and arms. The plight of those in Murmansk and Archangel who benefited is now well known, but few are aware of the courage, determination and sacrifice of Allied merchant ships, which withstood unremitting U-boat attacks and aerial bombardment to maintain the lifeline to Russia. In the storms, fog and numbing cold of the Arctic, where the sinking of a 10,000 ton freighter was equal to a land battle in terms of destruction, the losses sustained were huge. Told from the perspective of their crews, this is the inspiring story of the long-suffering merchant ships without which Russia would almost certainly have fallen to Nazi Germany.

Richard Woodman has done an excellent job describing the Arctic Convoys from Churchill’s political decision-making to the stokehold of tramp steamer at Murmansk.

Article: 'Woman stunned to find almost 80-year-old photo of her dad in WW2 book in Oxfam' as featured by