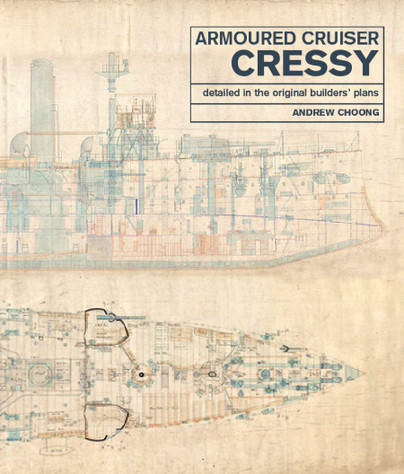 Click here for help on how to download our eBooks
Add to Basket
Add to Wishlist
You'll be £15.59 closer to your next £10.00 credit when you purchase Armoured Cruiser Cressy. What's this?
Need a currency converter? Check XE.com for live rates

This is a superb book about a remarkably significant warship, and its presentation is magnificent.

This is one of the best books in the series and is particularly impressive in its scope and ambition.

The quality of those 120-year-old drawings is truly beautiful and the reproduction standards of the 93 sets of plans are very high and good quality art paper is used. This is an excellent book and well worth the £30 cover price. Highly recommended.