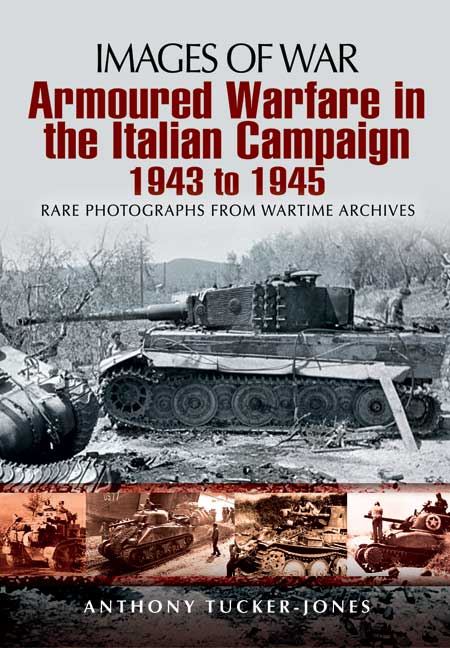 Add to Basket
You'll be £4.99 closer to your next £10.00 credit when you purchase Armoured Warfare in the Italian Campaign 1943-1945. What's this?
Need a currency converter? Check XE.com for live rates

The Second World War campaigns in North Africa, on the Eastern Front and in northwest Europe were dominated by armoured warfare, but the battles in Italy were not. The mountainous topography of the Italian peninsula ensured that it was foremost an infantry war, so it could be said that tanks played a supporting role. Yet, as Anthony Tucker-Jones demonstrates, in the battles fought from the Allied landings in Sicily in 1943 to the German surrender after the crossing of the Po in 1945, tanks, self-propelled guns and armoured cars were essential elements in the operations of both sides.

His selection of rare wartime photographs shows armour in battle at Salerno, Anzio and Monte Cassino, during the struggle for the Gustav Line, the advance on Rome and the liberation of northern Italy. And they reveal the full array of Axis and Allied armoured vehicles that was deployed - most famous among them were the German Mk IVs, Panthers, and Tigers and Allied Stuarts, Chafees, Shermans and Churchills.

This volume in Anthony Tucker-Jones’s series of books on armoured warfare in the Second World War gives readers a vivid impression of the Italian landscapes over which the campaign was fought, the wide range of military vehicles that were used, and the gruelling conditions endured by the men who fought in them.