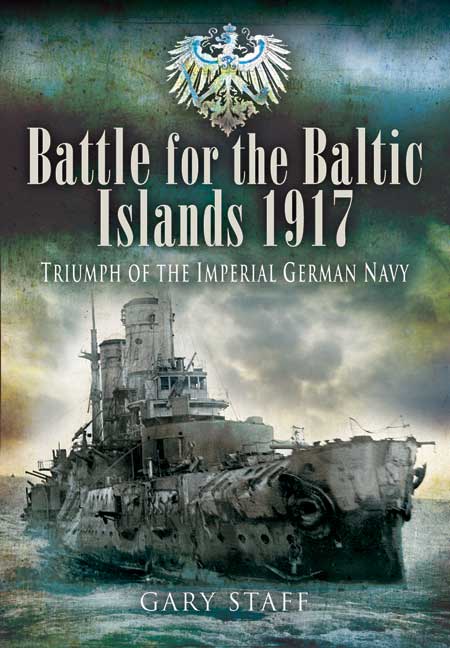 Battle for the Baltic Islands 1917 (Kindle)

Triumph of the Imperial German Navy

Click here for help on how to download our eBooks
Add to Basket
Add to Wishlist
You'll be £4.99 closer to your next £10.00 credit when you purchase Battle for the Baltic Islands 1917. What's this?
Need a currency converter? Check XE.com for live rates

In late 1917, the Russians, despite the revolution, were still willing to continue the war against Germany. This is an account of Operation Albion, the highly-successful seaborne operation launched by the Germans to change their minds. The Baltic Islands were pivotal for the defence of the Finnish Gulf and St. Petersburg, so their capture was
essential for any campaign towards the Russian capital. Only after the fall of the islands did Russia begin peace negotiations (freeing nearly half a million German soldiers for the Kaiser's last gamble on the Western Front). This then was a campaign of great significance for the war on both Eastern and Western fronts.

A large part of the High Sea Fleet took part in the invasion of the Baltic islands, including the most modern dreadnought battleships. The Russians mounted a resolute defence despite being heavily outgunned and over a ten day period there were many naval clashes around the islands as well as the campaign ashore, all of which are described in detail with the use of both Russian and German first hand accounts.

This book shatters the myth that the Imperial German Navy spent the last two years of the war cowering in port.

Thank you Mr. Staff for writing this book. Your attention to detail in your books is much appreciated. I look forward to any other books you have planned. This book should be on anyone's shelf who has the slightest interest in the naval warfare or WWI.

A fast and easy read, both the historian and the interested reader will enjoy churning through the narrative. For a quick, linear overview of the Baltic islands campaign, this is certainly a book worth looking at.

The campaign this book describes is most unusual and interesting, the coverage is detailed and comprehensive, and the writing is clear and cogent. In short, this is very fine history indeed.

I strongly recommend this book for its high production value, fascinating history and the strength of the writing and research of the author. The role that the German Fleet played in the war has been diminished and greatly overshadowed by events elsewhere and its utility as an effective arm of German foreign policy largely lost; Staff’s book sheds light on a successful fleet engagement that had a fundamental impact upon the course of the war and resonated far beyond the islands that it was fought over.