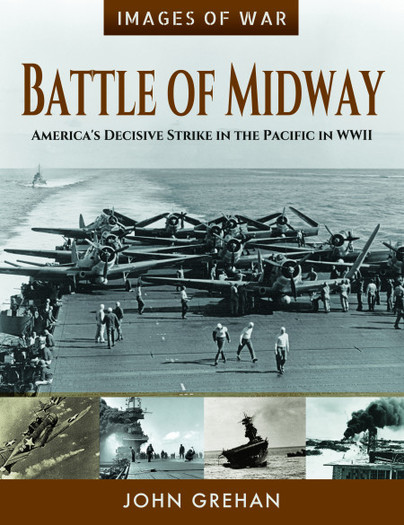 You'll be £6.98 closer to your next £10.00 credit when you purchase Battle of Midway. What's this?
Need a currency converter? Check XE.com for live rates


This is a very well-researched, well-presented and extensively illustrated book that succeeds in actually taking you to the battle, not least through the many personal stories it contains. Highly recommended.

The book is a quick and good read that contains many moderate-quality photographs. I personally like the Images of War format, as it focuses on pictorial composition supported by descriptive captioning. The book provides an excellent overview of the Battle for Midway.

The book is an informative (and inexpensive) contribution to our knowledge of the War in the Pacific.

REVIEWED BY MALCOLM SMITH, SOCIETY OF FRIENDS OF THE FLEET AIR ARM MUSEUM

For anyone interested in the Second World War in the Pacific, John Grehan’s graphic account of the Battle of Midway makes worthwhile reading. Even those already familiar with the details of the battle itself, and with its significance to the course of the war, will find the extraordinary number of stunning photographs and the excellent captions make the battle come alive anew.