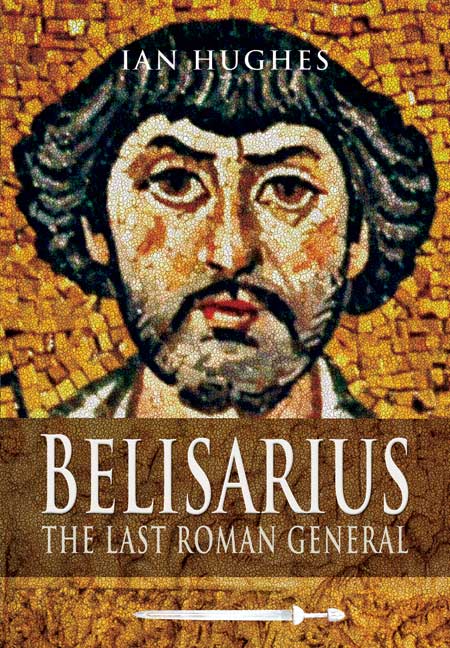 Click here for help on how to download our eBooks
Add to Basket
Add to Wishlist
You'll be £4.99 closer to your next £10.00 credit when you purchase Belisarius. What's this?
Need a currency converter? Check XE.com for live rates

A military history of the campaigns of Belisarius, the greatest general of the Eastern Roman (Byzantine) Emperor Justinian. He twice defeated the Persians and reconquered North Africa from the Vandals in a single year at the age of 29, before going on to regain Spain and Italy, including Rome (briefly), from the barbarians. It discusses the evolution from classical Roman to Byzantine armies and systems of warfare, as well as those of their chief enemies, the Persians, Goths and Vandals. It reassesses Belisarius' generalship and compares him with the likes of Caesar, Alexander and Hannibal. It will be illustrated with line drawings and battle plans as well as photographs.

Belisarius is an excellent work, useful for the serious student of the period, and a valuable introduction to the times for the novice.

Who Was Belisarius and Why Is He Called ‘Last of the Romans’?

The Eastern Roman empire reached its largest extent during the 6th century reign of Justinian I and Theodora. Tradition has it that the brilliance of their general, Belisarius, was the main reason for the massive territorial expansion.

This biography of Belisarius by Ian Hughes depicts Belisarius as a humane, loyal, honest man, a competent politician, and a good general. Not brilliant in the mould of Alexander the Great or Julius Caesar, but competent, often lucky, and usually successful.

The book has a welcome plethora of maps (29) battle diagrams (5) and photographs (33 ). The absence of a reference section confirms that the book is aimed at the history lover and general readership rather than academics.

It is an easy read, thoroughly enjoyable, and I expect to re-read it.

Belisarius by Ian Hughes is another excellent historical biography from Pen and Sword. Highly recommended.

Provides a unique bridge between the Fall of Rome and the Eastern Roman Empire that kept the flame of Roman achievement burning until the turmoil of the Crusades.