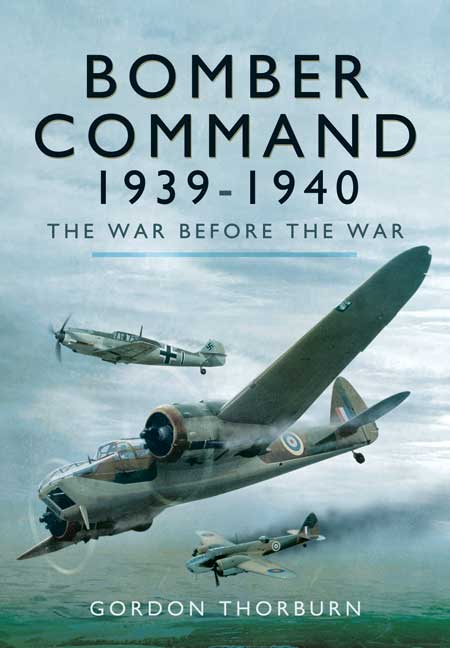 The War Before The War

Click here for help on how to download our eBooks
Add to Basket
Add to Wishlist
You'll be £4.99 closer to your next £10.00 credit when you purchase Bomber Command 1939 - 1940. What's this?
Need a currency converter? Check XE.com for live rates

For Bomber Command, the term 'Phoney War' never really meant much. Five Blenheims of 107 Squadron were among the blood and bullets the day after war was declared and only one came back.

On 14 December 1939, in a disastrous raid on shipping, 99 Squadron lost six Wellingtons with only three survivors out of thirty-six crew. Even worse, in the biggest air battle so far, 18 December, Wilhelmshaven, five Wellingtons of 9 Squadron went down, four of 37 Squadron and two of 149 Squadron.

Bomber Command lost sixty-eight aircraft and crews in action in the four war months of 1939, and a further seventy-eight in accidents. In the months up to the French surrender, losses rose spectacularly as the Germans triumphed wherever they went. In a few hours on 14 May, resisting the Blitzkrieg, forty-seven Fairey Battles and Bristol Blenheims were shot from the sky. Through the Scandinavian defence, in France and Belgium, at Dunkirk and, at last, over Germany, for Bomber Command there was no Phoney War. It was real war from the start.