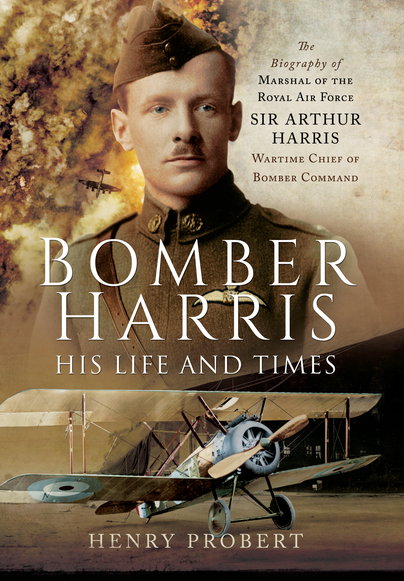 Click here for help on how to download our eBooks
Add to Basket
Add to Wishlist
You'll be £4.99 closer to your next £10.00 credit when you purchase Bomber Harris: His Life and Times. What's this?
Need a currency converter? Check XE.com for live rates

This is the definitive biography of one of the most controversial figures of the Second World War.

Sir Arthur Harris remains the target of criticism and vilification by many, while others believe that the contribution he and his men made to the Allied victory is grossly undervalued. Harris has been condemned, in particular, for his Area Bombing tactics which saw civilians and their homes become legitimate targets along with industrial and military installations. This is explored by the author and placed fully within its context, and just as importantly, within the instructions he received from Churchill’s administration.

Henry Probert’s critical but highly sympathetic account draws on wide-ranging research and, for the first time, all of Harris’ own papers, to give an outstanding insight into a man who combined leadership, professionalism and decisiveness with kindness, humour and generosity.

The rest of MRAF Sir Arthur Harris’ story is told in detail and with good perspective...a finely done, well-illustrated book. It is recommended highly.

MRAF Sir Arthur Harris’ story is told in detail and with good perspective. Bomber Harris - His Life and Times is a finely done, well-illustrated book. It is recommended highly.