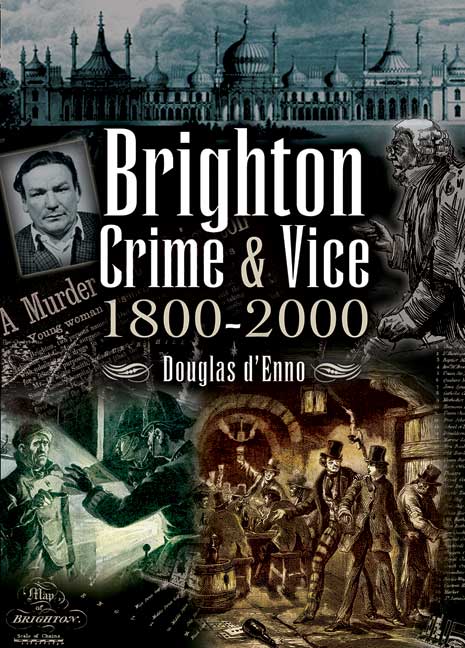 Click here for help on how to download our eBooks
Add to Basket
Add to Wishlist
You'll be £4.99 closer to your next £10.00 credit when you purchase Brighton Crime and Vice. What's this?
Need a currency converter? Check XE.com for live rates

Brighton has a dark side - it has a well-deserved reputation as a hotbed of crime. Robbery, violence, murder and every type of vice have flourished in this seaside town. And in this compelling book, Douglas d'Enno records, in graphic detail, two centuries of this criminal history in all its shocking variety. Using a convenient A to Z format, he documents crimes against the person and against property - murders, assaults, rapes, thefts and cases of arson are prominent among them. The subterranean world of vice is catalogued here. Prostitution is covered, of course, but also public immorality of all kinds, intimidation, racketeering, blackmail and official corruption, including scandals implicating the Brighton police. Also featured is an astonishing range of other offences, from desertion and addiction, drug smuggling and drug dealing to impersonation and embezzlement, threatening behaviour and delinquency of all kinds. This unique guide to Brighton's underworld will be an essential work of reference for readers who want to learn about the town's hidden history and for those who are fascinated by the circumstances and the psychology of crime.