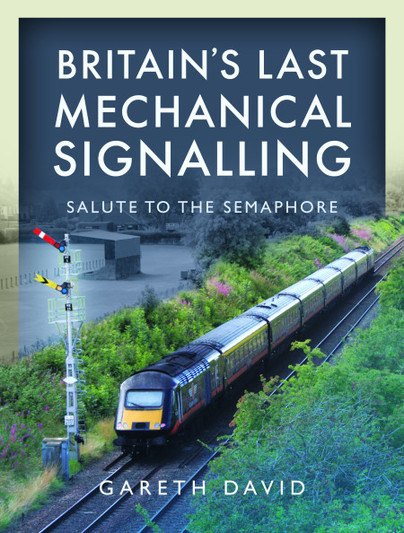 Salute to the Semaphore

Click here for help on how to download our eBooks
Add to Basket
Add to Wishlist
You'll be £12.00 closer to your next £10.00 credit when you purchase Britain's Last Mechanical Signalling. What's this?
Need a currency converter? Check XE.com for live rates

For anyone with a strong interest in semaphore signalling this book will be an invaluable guide and can be strongly recommended.

The Journal of The Stephenson Locomotive Society - September/October 2020

"An interesting record that not only records the signal but also the type of stock that is under control at each location by their inclusion in the numerous photographs."

Interesting book. A wake-up call and a nostalgic look back at the relentless advance of the passage of time.

The book is packed with excellent pictures accompanied by detailed captions.

"Well recommended for those with an interest in historical signalling and the current scene at some of the UK’s lesser-known railway backwaters."

Article: 'Tracking the changing signals' as featured by

Article: 'Tracking the signals' as featured by

Article: ‘Big daddy’ signal is simply the best as featured by

It’s a lovely book in hardback, full colour, with many photographs.