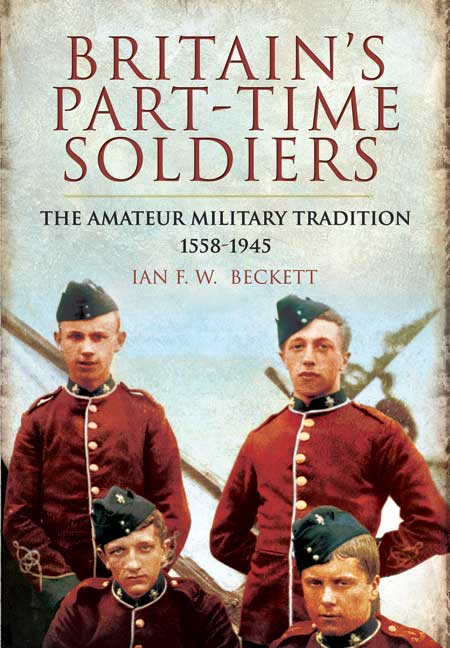 Add to Basket
You'll be £12.99 closer to your next £10.00 credit when you purchase Britain's Part-time Soldiers. What's this?
+£4 UK Delivery or free UK delivery if order is over £30
(click here for international delivery rates)

In this classic study, first published over 20 years ago, Ian Beckett gives a comprehensive and scholarly overview of the development of the amateur military tradition in Britain from the mid-sixteenth century to the present day. He shows how standing armies in Britain have been viewed with distrust and how the preference for amateur and temporary soldiers has heightened the importance of the auxiliary forces in defence against both foreign invasion and domestic disorder. His meticulously researched account of these part-time soldiers will be fascinating reading for anyone who is interested in or studying British military or social history.
The story of the auxiliary forces is traced from the early evolution of a national militia through to the more systematic organization of local auxiliaries. Close attention is given to the development of such forces as the militia, yeomanry, volunteers, territorials and home guard. Ian Beckett describes the continuity between these forces and the important role they played in local society, highlighting not only their military purpose, but also their function as tools of social control and law-keeping. He also argues that these auxiliary forces, rather than the regular army, have provided an essential point of contract between army and society.

A must for anyone who is interested in British military or social history.

This is a high quality study of an important aspect of British Society and of the British military.

Professor Beckett deals with these subjects in a clear practical manner. His subject is well researched and well written. The information gathered keeps the reader informed from start to finish. His book will go a long way to dispel some of the myths that only Regulars went to war.

This is a solid, closely researched but accessible read for anyone interested in how Britons have responded to the call to arms over the centuries.