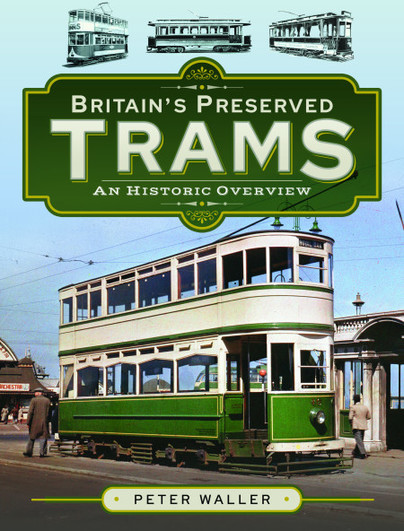 Click here for help on how to download our eBooks
Add to Basket
Add to Wishlist
You'll be £9.98 closer to your next £10.00 credit when you purchase Britain's Preserved Trams. What's this?
Need a currency converter? Check XE.com for live rates


This is a book that well summarises the range of British tramcars that have survived into preservation. The supporting captions add considerably to the value of the book, which should appeal to those interested in a concise history of what has survived of British tramcars.

"This is another worthy addition to the growing library of tramway books from Pen & Sword."

"All-in-all, this is an interesting and informative publication. Recommended."

Peter Waller has written a number of transport books covering a variety of subjects, and this is an excellent addition to his portfolio. He briefly covers the history of tram preservation, before moving to the photos of the trams in service. Each photo has a comprehensive caption detailing the history of the tram and company, and tells us where the tram is preserved. The photos are good quality, subject to their age of course, but are very atmospheric, mostly showing the trams earning their living in historic settings. It is a well presented book and well worth a look.