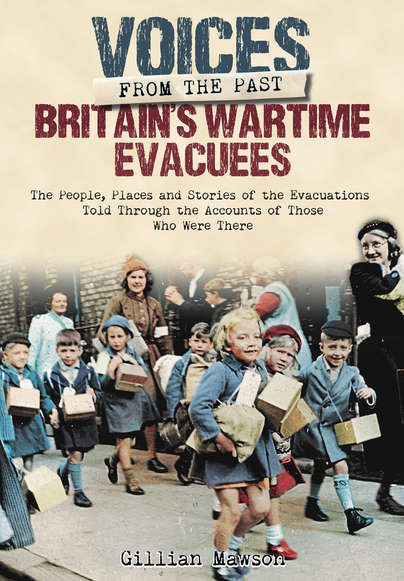 You'll be £5.20 closer to your next £10.00 credit when you purchase Britain's Wartime Evacuees. What's this?
Need a currency converter? Check XE.com for live rates

The attempt to keep children safe from the dangers of bombing in WWII led to the evacuation of many children from the big cities, especially London. I’ve read many books on the subject including a number of first hand accounts. In all the stories, there is always a mixture of sadness in the tales. Torn away from your parents and often siblings, treated almost like cattle in the long and involved process of moving large groups of children and getting the settled in new places tugs at the heart. Yet, for all that, many children lived full lives thanks to the efforts of those who transported and cared for them.
This book provides a good balance. There were some horror stories about how the children were abused and misused. Yet, from this book, it is clear, that was a minority of the stories. Often, when someone noticed something was wrong, actions were taken to remove the child from the grasp of those who would harm him. I suspect in the magnitude of the event, it was given that there would be some horrible instances.
But this book is filled with reminiscences of kindness, generosity and love. It broadened most of the children’s view of the world, providing them for a glimpse at how other people lived. In many of the stories the foster parents, for that is what they were, took better care of the children than their own parents. It led to some testy reunions at the end of the war and relationships that lasted until death in many cases.
There were tragedies even when all the best intentions are to keep them safe. Thankfully, they were not common but their stories add to the wrenching emotion that must have been felt by both child and parent. Be prepared for some sad stories but also some wonderful ones. Crises tend to bring out the worst and the best in people.

A very well put together, informative account of the evacuations in Britain during WW2.
Filled with personal accounts, newspaper reports and a collection of photographs. This book provides a detailed look into the past.

I'm a huge fan of reading historical books, and being able to learn about a certain time period or event. But, what really grabs me is when the bool provides you with a connection. Making it less like you're reading a textbook of facts, and instead diving into the human experiences.
This book did that so well, and I enjoyed learning about the evacuation through the eyes of those who lived it.

A really brilliant piece of social history, this book is also a gripping and fascinating read. The experiences of those who were evacuated during the Second World War, this book covers both the good and the bad. For some children evacuation was an enriching and positive experience, for others it was a sad struggle and for some it was a fatal move. The inclusion of former evacuees memories of this period really brings the book and their experiences to life. Highly recommended.

At the beginning of WWII students, teachers and mother's of the youngest citizens were evacuated to the country. Children went to school each day not knowing whether they would be returning to their homes that night. Mothers said goodbye to their children not knowing if they would see them again. Reading about the process to evacuate mass amounts of children to other parts of England was mind-blowing. Done without much organization in some areas, without any sort of evaluation of the homes these children were entering, the conditions some evacuees lived in - close to 80 years later it's hard to comprehend. Told mostly through interviews of evacuees, their families and some of the foster parents that invited these children into their homes "Britain's Wartime Evacuees" is a touching reminder of how a country pulled together during the most dire of times. As a mother I could not imagine the strength it took for parents to send their children alone on a train to the country with nothing more than a tag on their coat to identity where they came from not knowing when you get to hold them again. This is a great read for History lovers. 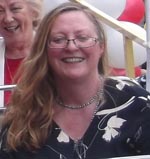