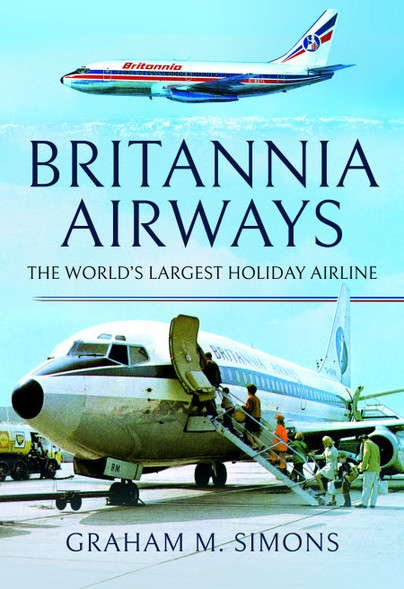 Click here for help on how to download our eBooks
Add to Basket
Add to Wishlist
You'll be £4.99 closer to your next £10.00 credit when you purchase Britannia Airways. What's this?
Need a currency converter? Check XE.com for live rates

"The book has been written using the authors own in depth research along with first hand interviews with Britannia Airways staff, which all help to make this a very readable book...The aircraft photos will be of particular value to modellers of airlines...an interesting read"

A nostalgic look back at an airline company that began soon after the Second World War with charter flights to get around the UK State Airline monopoly, but moved into the then new overseas tourism business to eventually become the world’s largest holiday airline. The author takes us through the highs and lows of this journey and how the company and its forebears opened up the Mediterranean market in particular to the British and European sun seekers.