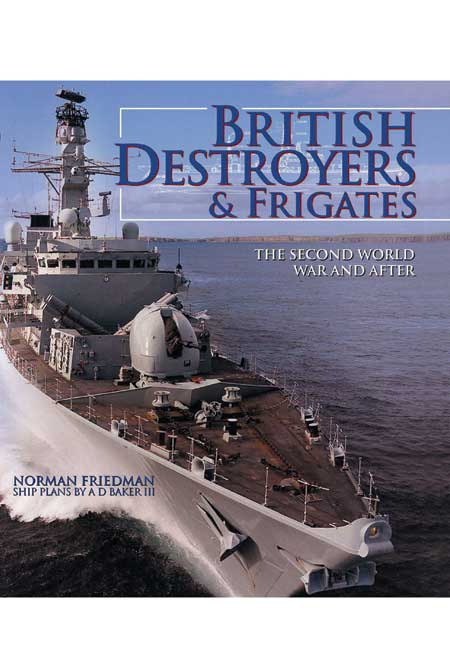 The Second World War & After

Click here for help on how to download our eBooks
Add to Basket
Add to Wishlist
You'll be £21.00 closer to your next £10.00 credit when you purchase British Destroyers & Frigates. What's this?
Need a currency converter? Check XE.com for live rates

Since the Second World War the old categories of destroyer and frigate have tended to merge, a process that this book traces back to the radically different 'Tribal' class destroyers of 1936. It deals with the development of all the modern destroyer classes that fought the war, looks at the emergency programmes that produced vast numbers of trade protection vessels - sloops, corvettes and frigates - then analyses the pressures that shaped the post-war fleet, and continued to dominate design down to recent years.

Hugely successful with enthusiasts and professionals alike from its first publication in 2006, this is the book's third edition.

This is a complete, accurate, interesting and very useful record of two important classes of warship. Brilliantly illustrated and exceptionally detailed, this first rate book provides us with the definitive record of these two important warship breeds.