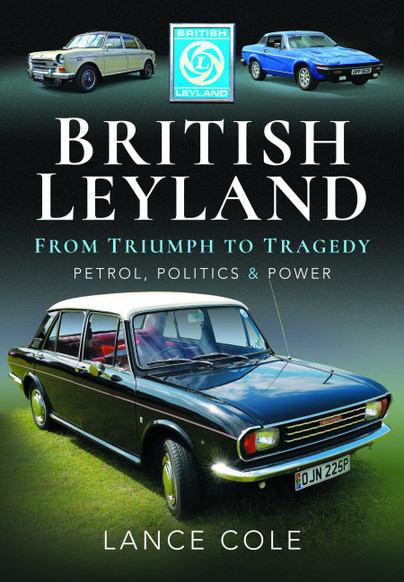 Click here for help on how to download our eBooks
Add to Basket
Add to Wishlist
You'll be £9.98 closer to your next £10.00 credit when you purchase British Leyland. What's this?
Need a currency converter? Check XE.com for live rates


In conclusion, British Leyland – From Triumph to Tragedy is highly recommended for anyone seeking to understand the grim realities of the destruction of British-owned volume car production, and the unlikely unity of forces which have contrived to make it an apparently permanent affair.

The visual section is magnificent, with 109 images in color and 1 in black and white. Observations: A curious and interesting book for those who love stories based on real events.

This is an important and overdue book, well researched which will find a welcome place on the shelves of transport academics and motoring aficionados alike.