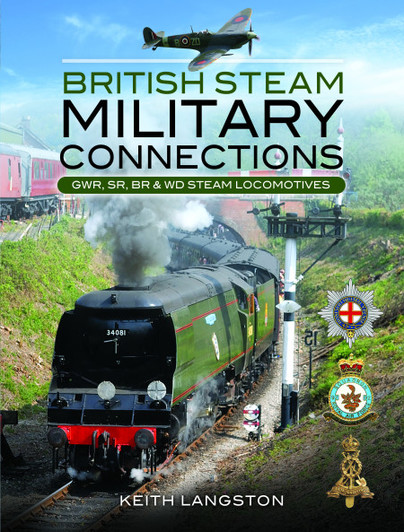 Click here for help on how to download our eBooks
Add to Basket
Add to Wishlist
You'll be £10.00 closer to your next £10.00 credit when you purchase British Steam Military Connections. What's this?
Need a currency converter? Check XE.com for live rates

Recommended if the subject is of particular interest, especially if you have the other volumes.

This is a real treasure trove of railway (and military) trivia... Historic photographs are in a sepia tint which looks surprisingly effective. An oddity among railway books, though curiously fascinating.