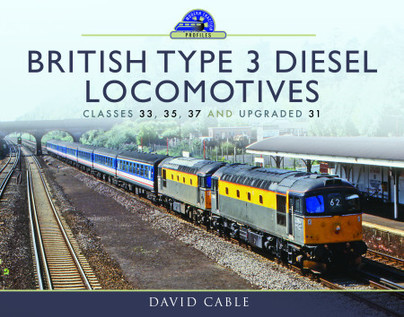 Click here for help on how to download our eBooks
Add to Basket
Add to Wishlist
You'll be £12.00 closer to your next £10.00 credit when you purchase British Type 3 Diesel Locomotives. What's this?
Need a currency converter? Check XE.com for live rates

The Type 3 included four classes of locomotive of medium power output, which undertook a wide range of duties from Main line and local passenger services, various freight duties and departmental work. Several are still in use on the national network, and can be seen in various parts of the country

Each class is covered very well showing different liveries as well as a wonderful variety of trains.