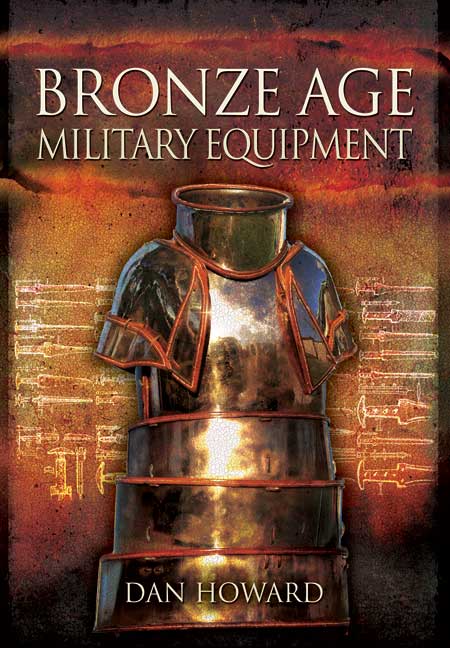 Click here for help on how to download our eBooks
Add to Basket
Add to Wishlist
You'll be £4.99 closer to your next £10.00 credit when you purchase Bronze Age Military Equipment. What's this?
Need a currency converter? Check XE.com for live rates

Dan Howard examines the tools of war employed in civilization’s earliest conflicts. From the introduction of massed infantry by the Sumerians (circa 26th century BC) through to the collapse of the chariot civilizations (circa 12th century BC), the Bronze Age is a crucial period of military development. Focussing on the cultures of the Aegean and the Near and Middle East (though with some reference to India and China), weapons, armour and chariots are described in detail. The author explains their construction and tactical use, as revealed by the latest research and archaeology as well as practical experimentation with the making and use of accurate replicas. In so doing, Dan Howard challenges established views and brings fresh insights to the study of this fascinating period of military history.

An extraordinary source of knowledge for lovers of ancient military history and magnificent documentation for modellers and miniaturists.

The main strength of this book is Howard's determination to stick to provable facts. He gives a very convincing explanation. A very valuable piece of work. A splendid overview of the current state of knowledge on the military equipment of these early civilisations.

This book looks closely at the development of tactics, weapons and armour of the Bronze Age that have been largely overlooked because of the frequent assumption that the Iron Age created the basis of later warfare. Central to the review is the examination of replica arms and armour that have recreated full-scale examples of military equipment that is largely recognized from drawings and sculpture.

The author has provided an able and readable review that is supported in the text by drawings and sketches, but there is also an excellent full colour photographic section that shows replica weapons and armour created in bronze.