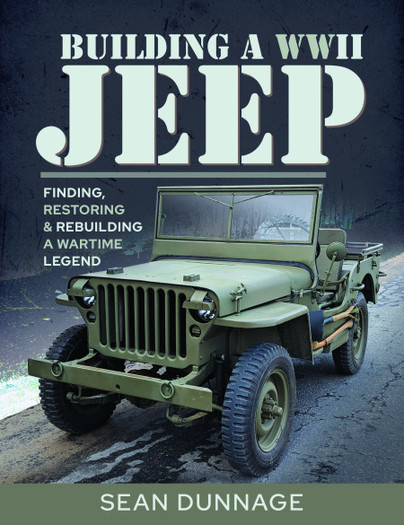 Click here for help on how to download our eBooks
Add to Basket
Add to Wishlist
You'll be £9.98 closer to your next £10.00 credit when you purchase Building a WWII Jeep. What's this?
Need a currency converter? Check XE.com for live rates

The Jeep as we know it from WW2 news reels, big screen movies and television shows such as M.A.S.H. or The Rat Patrol was the result of the US War Department's requirement for a light command-reconnaissance car to meet the US Army’s needs under the threat of a looming European war. After only a few weeks of development the Jeep would end up in all of the Allied armies of the world courtesy of Bantam, Willys and Ford. Many of the Jeeps built during the war would go on to serve for over 60 years in various parts of the world in both military and civilian use.

This book is a basic guide to building a WW2 Jeep using restored, rebuilt and modern reproduction parts for those who have never done it before, just as I hadn't either. You'll find a clear step by step process used to build a truly historical vehicle. Combined with the other books and websites that will be noted in this volume as well as some basic auto mechanical knowledge on your part you should be able to have your own piece of Jeep history rolling in no time.

"Packed with schematic wiring diagrams and tightly focused shop photos, it will delight anyone who has ever labored joyously to trace a pesky electrical fault, put body putty on a dent, or install brake pads on an old car."

"This is one neat book. It will be of great interest to anyone planning on restoring a Jeep and to modelers that want to super-detail a kit of the Jeep."

"...the restoration process is covered in great detail with photographs that would aid a modeller building even the most detailed Jeeps."

Sean is a military vehicle restorer and military model maker in addition to hauling massive construction equipment to worksites all across Ontario, Canada.