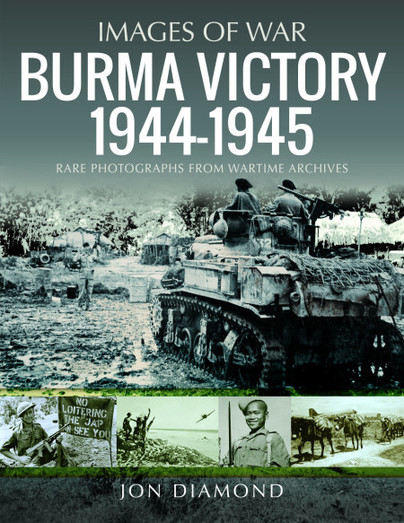 Click here for help on how to download our eBooks
Preorder
Add to Wishlist
You'll be £7.98 closer to your next £10.00 credit when you purchase Burma Victory, 1944–1945. What's this?
Need a currency converter? Check XE.com for live rates

General Stilwell’s ad hoc force of Merrill’s Marauders, American-trained Chinese divisions, Kachin guerrillas and General Wingate’s Chindits conducted a northern Burmese offensive that led to the coup de main seizure of Myitkyina’s airfield in May 1944. In August 1944, after a protracted siege, Myitkyina town on the Irrawaddy River fell to the Allies. At the same time elements of General Slim’s 14th Army were mounting a defence of northeastern India at Imphal and Kohima against Imperial Japan’s 15th Army; Operation U-Go, led by General Mutaguchi, from March to July 1944. Thereafter, the Allies began two major campaigns.

The second offensive was by General Bill Slim’s multi-national British 14th Army under, which advanced south-east through the Arakan. The ‘Forgotten Army’ eventually re-occupied Mandalay and Rangoon.

These legendary campaigns are superbly described in words and images in this fine addition to the Images of War series.