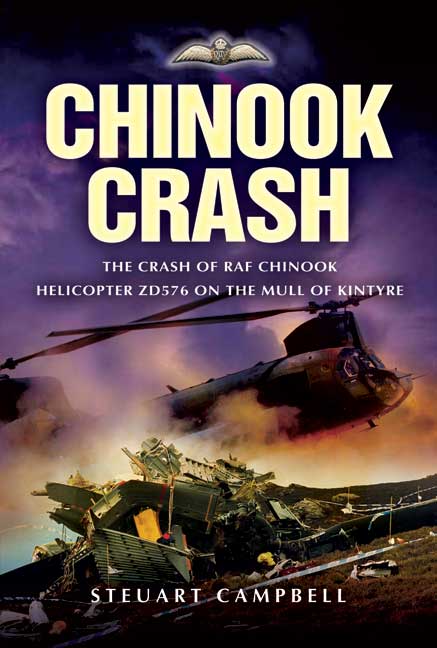 Click here for help on how to download our eBooks
Add to Basket
Add to Wishlist
You'll be £4.99 closer to your next £10.00 credit when you purchase Chinook Crash. What's this?
Need a currency converter? Check XE.com for live rates

The 1994 crash of Chinook with top Northern Ireland intelligence experts on board into the Mull of Kintyre has remained the source of intense speculation ever since. The book is not only a full account of the incident and the subsequent on-going controversy over blame, but also attempts to solve the mystery about this accident. After the accounts of those who witnessed the crash or communicated with the aircraft on its fateful journey, the book analyses the activities of the crew on the day in question, including the maintenance record and the behaviour of the aircraft. This book will largely justify the claim of the RAF heirarchy that the cause was gross negligence by the crew, but not for the reason they give.

Ever since the crash of the RAF Chinook ZD576 on the Mull of Kintyre on 2nd June 1994 the cause of this tragic event has been of considerable interest and discussion. The author delves into all the inquiries and investigations in great detail, setting out and reviewing all the evidence put forward in a calm, unsensational fashion. I found this book to be very interesting and stimulating. We may never know exactly why Chinook ZD576 crashed but this book certainly helps give a better understanding of some if not all of the factors which may have brought it about.