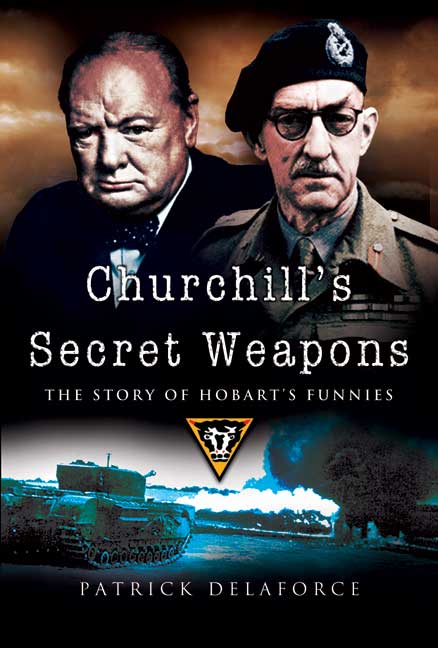 The Story of Hobart's Funnies

Add to Basket
Add to Wishlist
You'll be £10.49 closer to your next £10.00 credit when you purchase Churchill's Secret Weapons. What's this?
+£4.50 UK Delivery or free UK delivery if order is over £35
(click here for international delivery rates)

In the dark days when Britain stood alone, Prime Minister Churchill realised that, to win the war against an enemy superior in strength, science had to be harnessed to devise new weapons. Three men had Churchill's confidence; Lord Cherwell (the Prof), his brilliant main scientific adviser; Millis Jefferis who ran MDI (The Toy Factory); and the irascible and eccentric Major General Percy Hobart. Despite being Monty's brother-in-law and a talented tank expert, Hobart had been banished to the Home Guard. Churchill rescued him and tasked him to form, equip and train a secret armoured division which went on to storm the Normandy Beaches. Hobart was the mastermind behind an extraordinary collection of tank-based secret weapons (known as Hobart's Funnies) which supported every British and Canadian army and many US divisions for the rest of the War.