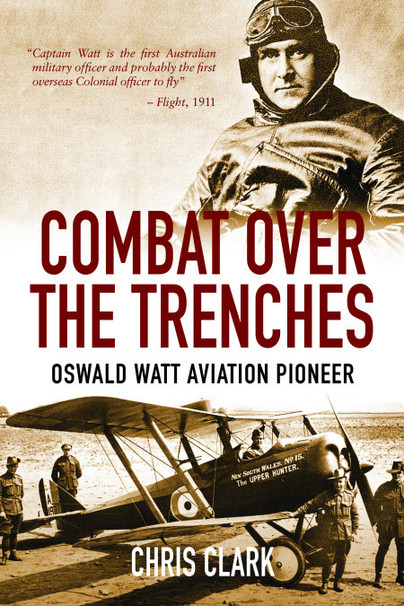 Combat Over the Trenches (Kindle)

Click here for help on how to download our eBooks
Add to Basket
Add to Wishlist
You'll be £4.99 closer to your next £10.00 credit when you purchase Combat Over the Trenches. What's this?
Need a currency converter? Check XE.com for live rates

Dr Clarke has reconstructed Watt's story in comprehensive detail, not afraid to mention his subject's technical defects and flaws of character, nor to veil the intermittent messiness of his life. The book is handsomely produced with numerous photographs, clear maps, and beautiful line drawings of the craft in which this fine Australian took to the air.