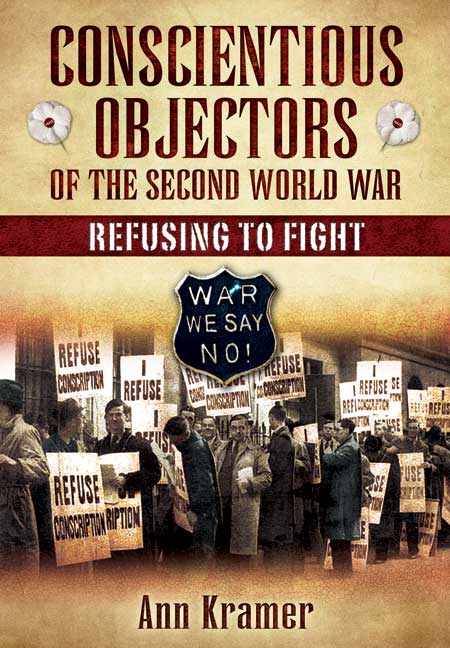 Click here for help on how to download our eBooks
Add to Basket
Add to Wishlist
You'll be £4.99 closer to your next £10.00 credit when you purchase Conscientious Objectors of the Second World War. What's this?
Need a currency converter? Check XE.com for live rates

Even today, most histories of the world wars focus on those who fought. Those who refused to do so are often overlooked. It is perhaps only recently that their bravery and extraordinary principles are being recognized.

In the First World War, 16,000 men in Britain became the first ever conscientious objectors, and were reviled and brutalized as a result. Twenty years later, during the Second World War, more than 60,000 men and around 1,000 women also took a stand as conscientious objectors, inspired by the bravery of their predecessors and just as determined to resist conscription and refuse to take any part in the killing of others.

The conscientious objectors of the Second World War did not experience the same brutality as those earlier COs, but to some extent it was a harder stand to take. It was not easy to refuse to fight in the face of Nazism and Fascism, when large areas of Europe were occupied and when almost the entire British population was organized for total war. It took considerable courage and soul-searching to make the decision to stand outside the mainstream, risking isolation, social ostracism, loss of employment, abuse, brutality and even prison because of a profound belief that war, militarism and killing were wrong.

Conscientious Objectors of the Second World War: Refusing to Fight tells the stories of these remarkable men and women who bravely took a stand against war and refused to be conscripted. To bring this fascinating subject to life, Ann Kramer has used extensive prime sources, such as interviews, memoirs, contemporary newspaper accounts, letters and diaries. Working from these and other sources, she describes the inter-war peace movement that gave birth to many of the conscientious objectors, asks who these men and women were who refused conscription and killing, what their reasons were for being conscientious objectors, and how they were treated. The book finishes by exploring their achievements and impact, suggesting that their principles and influence continue to this day.

As reviewed in BRITAIN AT WAR.


Drawing on extensive primary sources, Kramer describes the inter-war peace movement that gave birth to many conscientious objectors, looking into who these men and women were and their reasons for refusing conscription.