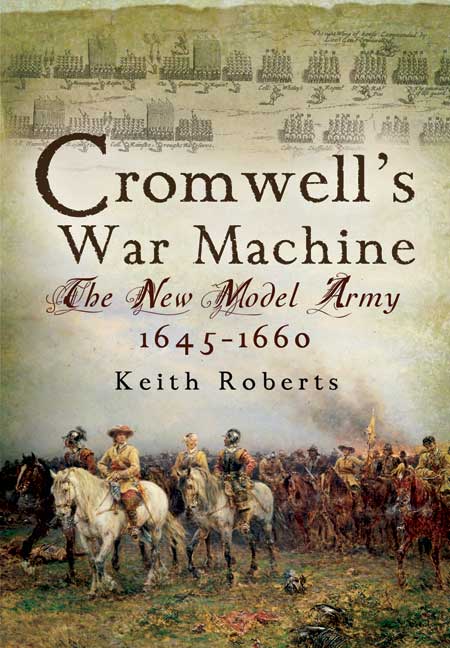 Preorder
Add to Wishlist
You'll be £13.59 closer to your next £10.00 credit when you purchase Cromwell's War Machine. What's this?
+£4.50 UK Delivery or free UK delivery if order is over £35
(click here for international delivery rates)

The New Model Army was one of the best-known and most effective armies ever raised in England. Oliver Cromwell was both its greatest battlefield commander and the political leader whose position depended on its support. In this meticulously researched and accessible new study, Keith Roberts describes how Cromwell's army was recruited, inspired, organized, trained and equipped. He also sets its strategic and tactical operation in the context of the theory and practice of warfare in seventeenth-century Europe.

A thoroughly researched and readable contribution to the history of the English Civil Wars, and can be well-recommended.

Using a combination of contemporary manuals, printed primary sauces, and secondary research, Roberts presents a lively, engaging and eminently readable account of the New Model Army's institutional history, from its origins in 1645 to its disbandment with the restoration of the Stuart Monarchy in 1660.

Robert's book is at its best in its of the army as an institution.

Well researched and written, this provides a unique view of an important and influential military organization. His analysis of the New Model Army is insightful and examination of their training innovative. For historians of the English Civil War, Robert's book will be a very useful addition to their libraries, and for the casual reader Cromwell's War Machine makes for interesting enjoyable reading.


Journal of the Society for Army Historical Research