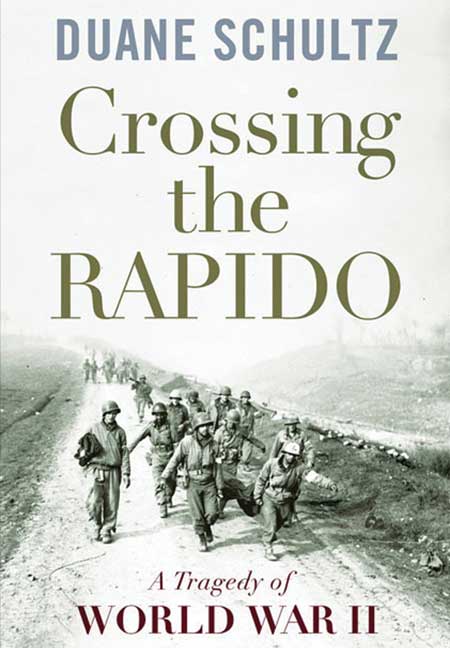 A Tragedy of World War II

Add to Basket
Add to Wishlist
You'll be £12.99 closer to your next £10.00 credit when you purchase Crossing the Rapido. What's this?
+£4.50 UK Delivery or free UK delivery if order is over £35
(click here for international delivery rates)

The Rapido River was the last natural barrier between General Mark W. Clark’s Fifth U.S. Army and Rome. Always aware of publicity, Clark wanted desperately to liberate the Eternal City from the Germans before anyone else did—British or American. Ignoring intelligence reports that the Germans had significant forces protecting the opposite side of the river, Clark ordered the 36th Texas National Guard Division to make a nighttime crossing on January 20, 1944.
The crossing of the Rapido, in the shadow of the monastery atop Monte Cassino, was one of the colossal mistakes of World War II. The 36th Division, which had been decimated by constant combat from the beaches of Salerno to
the ice-bound mountains of central Italy, was sent on a mission they knew could not succeed: to beat the fast-flowing river current at night in bitter cold and face one of the strongest, most forbidding German defensive lines in
Europe. Just to reach the riverbank they had to haul their boats and mobile bridges through German minefields and withering artillery and mortar fire. Once in the water, boats sank, bridges blew up, and men in full field gear were
borne away or vanished in massive explosions. The few who managed to cross found themselves pinned down on a muddy bank raked by gunfire. Soldiers died by the hundreds, yet the stunned survivors who fell back to the launch
site were ordered to attack again, this time in daylight. Of the 4,000 men who attempted the crossing, more than half did not return. And to this day the survivors have not forgotten the Rapido or the general who sent them there.
Clark’s forces did eventually capture Rome on June 4, 1944—but the ghosts of Rapido haunted Clark. He had insisted on blaming subordinates for the disaster, including the 36th Division’s commanding officer, rather than admitting his plan was flawed. Congress would ultimately investigate Clark’s decisions, and his quest for a fifth general’s star remained unfulfilled. In Crossing the Rapido: A Tragedy of World War II, the first book-length history
of this important battle and based on survivors’ interviews and army documents, Duane Schultz demonstrates that the American soldier will face the greatest odds without protest, but expects those in command to share any failure
or success.