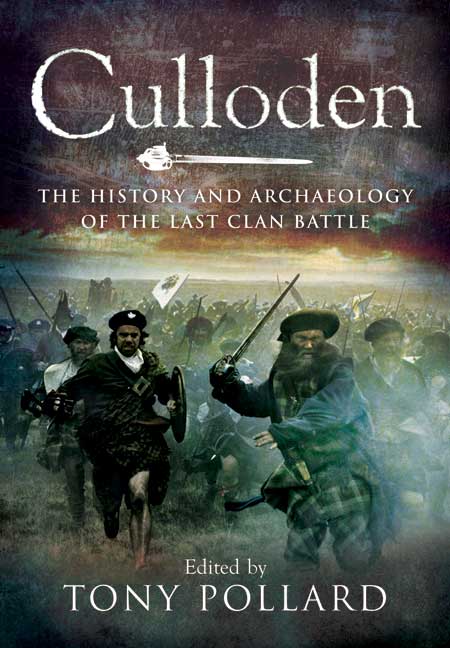 Click here for help on how to download our eBooks
Add to Basket
Add to Wishlist
You'll be £4.99 closer to your next £10.00 credit when you purchase Culloden. What's this?
Need a currency converter? Check XE.com for live rates

In battle at Culloden Moor on 16 April 1746 the Jacobite cause was dealt a mortal blow. The power of the Highland clans was broken. And the image of sword-wielding Highlanders charging into a hail of lead delivered by the red-coated battalions of the Hanoverian army has passed into legend. The battle was decisive - it was a turning point in British history. And yet our perception of this critical episode tends to be confused by mistaken, sometimes partisan views of the events on the battlefield. So, what really happened at Culloden? In this fascinating and original book, a team of leading historians and archaeologists reconsiders every aspect of the battle. They examine the latest historical and archaeological evidence, question every assumption, and rewrite the story of the campaign in vivid detail. This is the first time that such a distinguished team of experts has focused on a single British battle. The result is a seminal study of the subject, and it is a landmark publication of battlefield archaeology.

Culloden is one of the best documented British battles and also one of the most mapped, yet the contributions to this fine volume have succeeded in finding new material.

I came to this book knowing the outline (as I perceived it) of the Battle of Culloden and this book has completed my basic education on the subject. It is a collection of marvellous essays by experts and is skilfully edited by Tony Pollard to produce a book that directs the reader to the key issues and then discusses with great clarity the outcomes. This is a first-class book that deserves great praise and is probably the book that anybody interested in the battle and its many layers of connected effects should turn to. It will certainly accompany me to the battlefield later this year.