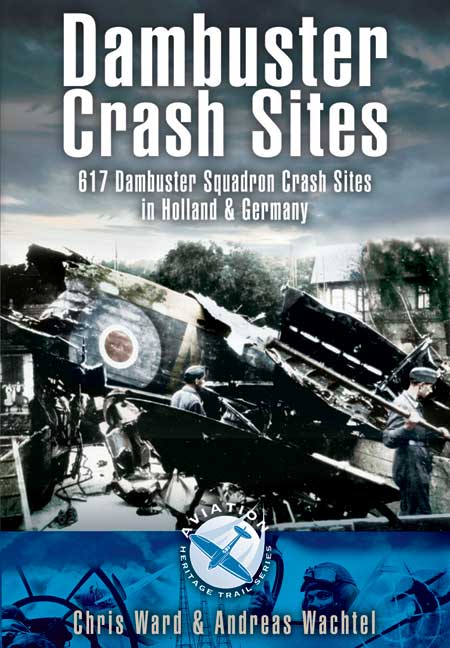 Click here for help on how to download our eBooks
Add to Basket
Add to Wishlist
You'll be £4.99 closer to your next £10.00 credit when you purchase Dambuster Crash Sites. What's this?
Need a currency converter? Check XE.com for live rates

Many of the 617 Squadron crews who took part in the famous attacks on the Mohne, Eder and Sorpe Dams and also the raids on the Dortmund-Ems Canal did not return. This book takes the reader to many of the crash sites that resulted. They include the coast off Texel, Rees, Marbeck, Emmerich, Hamm, Ostonnen, just north of the Mohne Dam, the former airfield at Gilze-Rijen in Holland and Castricum-aan-Zee, also Holland. The Dortmund-Ems Canal sites are Noordhorn, Recke, Bergeshovede, Ladbergen and Den Ham in Holland. All these sites can be visited within a week's tour by car or public transport. The book is illustrated with then-and-now photographs of the sites, the personnel involved and the aircraft originally flown. Local places of interest are listed to allow those aficionados of this famous squadron to broaden their knowledge and also enjoy a continental break.