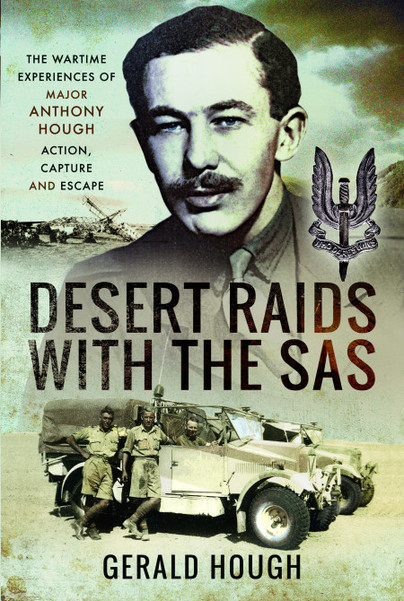 Desert Raids with the SAS (Kindle)

Click here for help on how to download our eBooks
Add to Basket
Add to Wishlist
You'll be £4.99 closer to your next £10.00 credit when you purchase Desert Raids with the SAS. What's this?
Need a currency converter? Check XE.com for live rates

This is a marvellous read, with some very honest record of how he felt, and just how low he felt at times during this story. There were times he came very close to recapture, or when he could have been shot. Once he did get back to safety he was an ill man and needed care to recover. I thought the story was rounded off perfectly with the final element of the book, where author Gerald went back to retrace his father's footsteps. Definitely recommended.