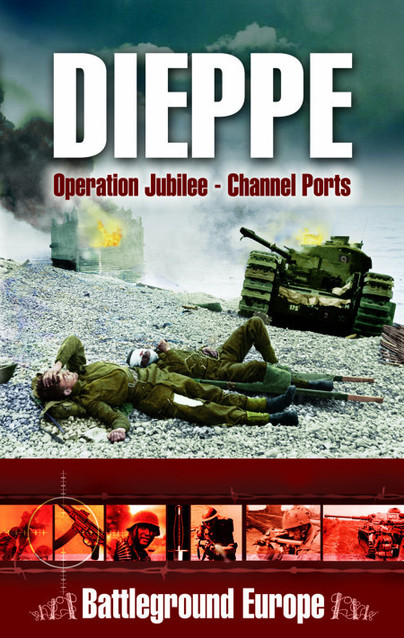 Click here for help on how to download our eBooks
Add to Basket
Add to Wishlist
Get Dieppe (Kindle) for FREE when you purchase 2 other eBooks.
Need a currency converter? Check XE.com for live rates

In 1942, with the outcome of the war very much in the balance, there was a pressing need for military success on mainland Europe. Churchill ordered Admiral Lord Mountbatten's Combined Operations HQ to take the war to the Germans. The Canadians were selected for the Dieppe raid, which, while a morale raiser, was a disaster. Over 3,000 men were lost. This authoritative account looks at the planning, execution and analyses the reasons for failure.

The Dieppe Raid, also known as Operation Jubilee, was an Allied attack during World War II on the German-occupied port of Dieppe on the northern coast of France. Over 6,000 infantrymen, predominantly Canadian, were supported by large Royal Navy and Royal Air Force contingents. The objective was to seize and hold a major port for a short period, both to prove it was possible and to gather intelligence from prisoners and captured materials while assessing the German responses. No major objectives of the raid were accomplished. A total of 3,623 of the 6,086 men who made it ashore were either killed, wounded, or captured (almost 60%). The air force failed to lure the Luftwaffe into open battle, and lost 96 aircraft.