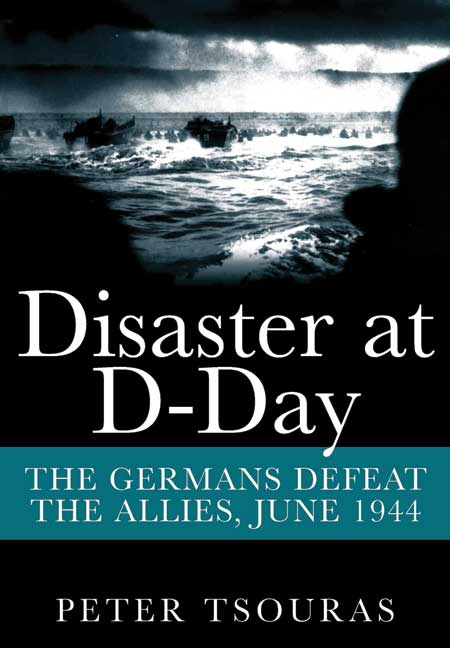 The Germans Defeat The Allies, June 1944

Click here for help on how to download our eBooks
Add to Basket
Add to Wishlist
You'll be £4.99 closer to your next £10.00 credit when you purchase Disaster at D-Day. What's this?
Need a currency converter? Check XE.com for live rates

It is June 1944. The Allied armies are poised for the full-scale invasion of Fortress Europe. Across the Channel, the vaunted Wehrmacht lies waiting for the signs of invasion, ready for the final battle.

What happens next is well-known to any student of modern history. The outcome could easily have been very different, as Peter Tsouras shows in this masterful and devastating account in which plans, missions and landings go horribly wrong.

Tsouras firmly bases his narrative on facts but introduces minor adjustments at the opening of the campaign-the repositioning of a unit, bad weather and misjudged orders-and examines their effect as they gather momentum and impact on all subsequent events. Without deviating from the genuine possibilities of the situation, he presents a scenario that keeps the reader guessing and changes the course of history.

Peter Tsouras, both as a writer and as an editor, is an expert on alternative outcomes for history’s great events. He never speculates wildly and always uses meticulous research.

Here, he turns his attention to D-Day, and as the reader will quickly gather, it only takes a few factors to change to greatly influence the outcome of events. We see it wouldn’t have taken a lot of changes for D-Day to turn out differently.

For instance, had the German defenders had greater latitude in deploying their panzer divisions, or if the Germans had used the divisions they kept back to defend Pas de Calais.

Overall, this is up to Peter Tsouras’ consistently high standards and an engaging read.