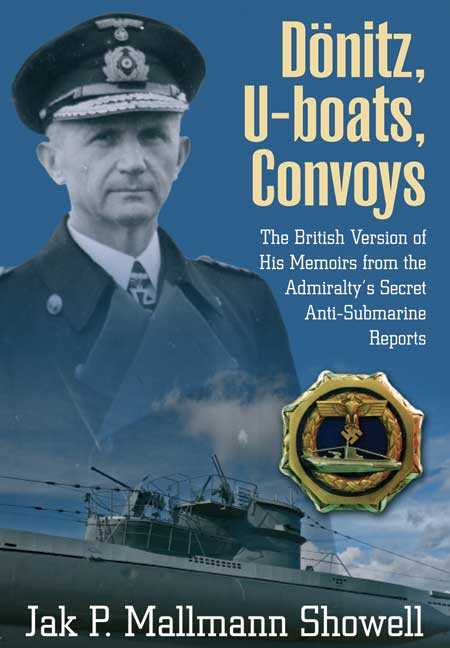 Click here for help on how to download our eBooks
Add to Basket
Add to Wishlist
You'll be £4.99 closer to your next £10.00 credit when you purchase Donitz U-Boats Convoys. What's this?
Need a currency converter? Check XE.com for live rates

The memoirs of Admiral Karl Dönitz, Ten Years and Twenty Days, are a fascinating first-hand account of the Battle of the Atlantic as seen from the headquarters of the U-boat fleet. Now, for the first time noted naval historian Jak P. Mallmann Showell has combined Dönitz's memoirs in a parallel text with the British Admiralty's secret Monthly Anti-Submarine Reports to produce a unique view of the U-boat war as it was perceived at the time by both sides.

The British Monthly Anti-Submarine Reports were classified documents issued only to senior officers hunting U-boats, and were supposed to have been returned to the Admiralty and destroyed at the end of the War, but by chance a set survived in the archives of the Royal Navy's Submarine Museum in Gosport, allowing the reader a hitherto unavailable insight into the British view of the Battle of the Atlantic as it was being fought.

Together with the author's commentary adding information that was either unknown or too secret to reveal at the time, this book gives possibly the most complete contemporary account of the desperate struggle in the North Atlantic in the Second World War.