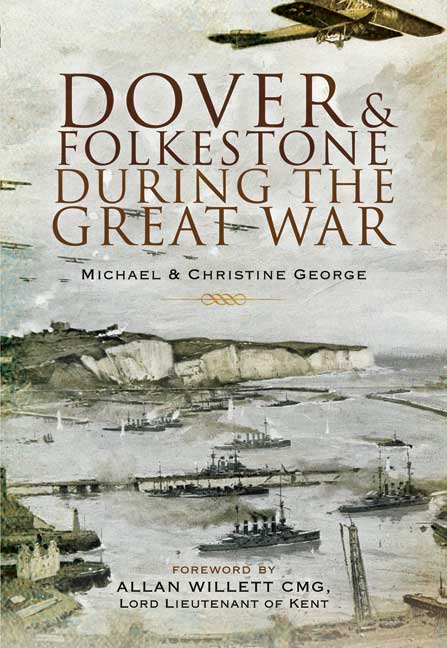 Click here for help on how to download our eBooks
Add to Basket
Add to Wishlist
You'll be £4.99 closer to your next £10.00 credit when you purchase Dover & Folkestone During the Great War. What's this?
Need a currency converter? Check XE.com for live rates

For centuries the south coast of Kent - in particular the ports of Dover and Folkestone - have been England's front line, as her enemies have planned invasions and launched attacks from just across the Channel. During the Great War of 1914-1918 these two towns were again vulnerable to enemy action, and they played a vital role in war effort. As this well-researched and highly illustrated book shows, the people of the Channel Ports suffered from bombardment by air and sea. They also played a significant role in the experience of the men who fought in the Great War. For the humble soldier, this stretch of coastline had a personal meaning - it represented 'Blighty'. It might be the last thing the departing Tommy would see of his country and, for a soldier returning wounded or on leave, the White Cliffs on the horizon were his first glimpse of home.

The authors have delved into local archives, newspaper and journal collections and modern research presented on websites to pull together a rich and detailed view of the area during the Great War... This is a good and readable history with a price that is of terrific value.