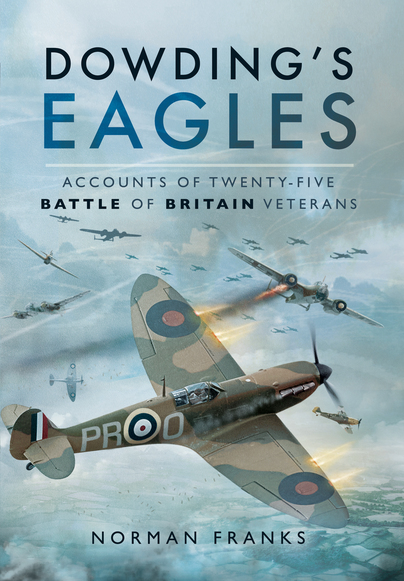 Click here for help on how to download our eBooks
Add to Basket
Add to Wishlist
You'll be £4.99 closer to your next £10.00 credit when you purchase Dowding's Eagles. What's this?
Need a currency converter? Check XE.com for live rates

The Battle of Britain fought by The Few, as Churchill famously called them, will remain a legendary feat of arms for centuries to come. Sadly there remain only a handful today who can tell their stories so this collection of personal accounts is extremely timely.

The Author has over the years gathered the stories of twenty-five survivors and in Dowding's Eagles he brings these stirring stories together. Each account describes the actions and impressions of the individuals who fought lonely battles against a numerically superior enemy. The odds were stacked against The Few.

Over 500 pilots were killed in action during the summer of 1940 and this book is as much about those who gave their lives for their country as those who risked everything but managed to survive.

Together with photographs of the men and their aircraft, this is an inspiring book.