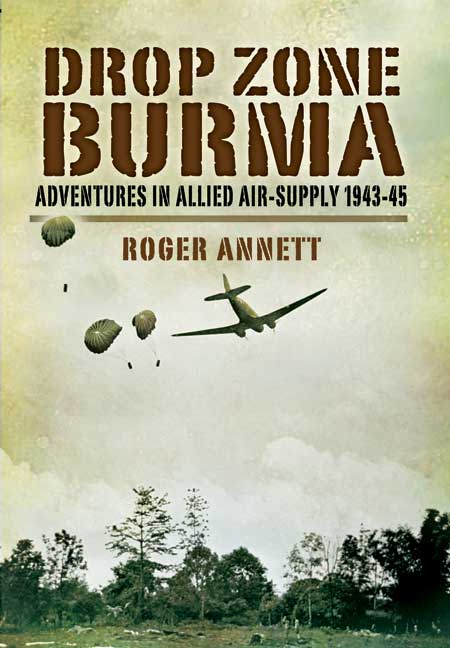 Click here for help on how to download our eBooks
Add to Basket
Add to Wishlist
You'll be £4.99 closer to your next £10.00 credit when you purchase Drop Zone Burma. What's this?
Need a currency converter? Check XE.com for live rates

This book is based upon the memories of nine veterans of the campaign: John Hart, an air-dispatcher with 194 Squadron; Peter Bray, a Dakota pilot with 31 Squadron; Arthur Watts, a fitter with both 31 and 194 Squadrons; Colin Lynch an Observer on 31 Squadron; Norman Currell, a Dakota pilot with 31 Squadron; George Hufflett, 1st Queens Infantry; Ken Brown, Royal Signals; Eric Knowles, the Buffs and Dame Vera Lynn who was with ENSA during the campaign. It describes how they arrived in Burma and their previous wartime experiences and then explains there parts in the famous actions such as The Defence of Arakan, The Sieges of Imphal and Kohima, the Allied Counter-attack, the Advance to Mandalay and the Race to Rangoon.